As the city tries to balance its budget, Evanston residents may soon pay more for trash collection. And the job may be done by a private contractor. 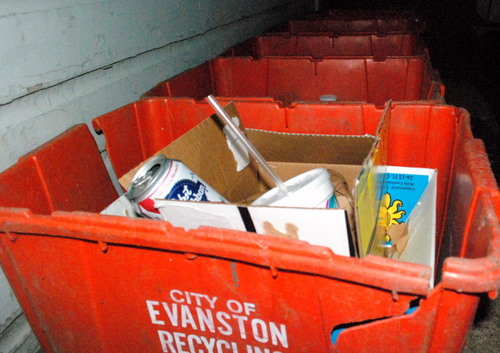 Suzette Eggleston, the city’s superintendent of streets and sanitation, recommended to City Council Wednesday that the city raise the sanitation charge that appears on city water bills from $6.95 per month to $9.95 — a 43 percent increase.

That’s still less, Eggleston says, than the $14 a month it costs the city to pickup household trash. 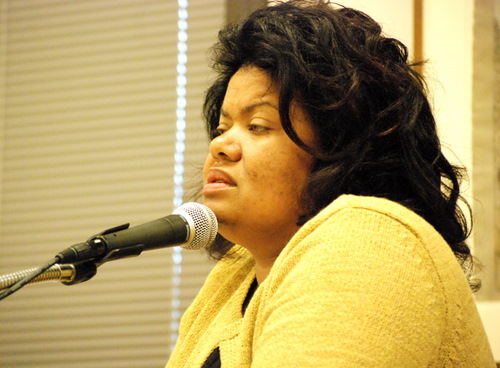 Eggleston also recommended that the city hire a private contractor to collect residential and condo trash. Based on the experience of nearby communities, Eggleston said, that should cut trash-hauling costs to $7.50 per household per month.

A contractor would also replace the city’s garbage carts, which are badly in need of replacement. The city would have to pay $800,000 to replace them otherwise, she said.

“By contracting it out, we would divert that cost,” she said.

Meanwhile, existing sanitation crews would be used to collect residential and condo recycling — a job now handled by a private contractor.

The city could then downsize the sanitation team from 13 employees to seven and the truck fleet from 12 trucks to seven. Those cuts, Eggleston said, would save the city $675,000.

“No current full-time employee would be impacted by the reduction,” she said, explaining several jobs are now being filled by seasonal or temporary workers.

The plan is a revision of one Eggleston presented to the council’s Administration and Public Works Committee in April.

But despite the cost saving, aldermen seemed reluctant to embrace the change.

Alderman Donald Wilson, 4th Ward, said, “I have a pretty strong disinclination to risk the quality of service that we’re getting now.”

One would limit the amount of yard waste the city would pickup. She said that some households abuse the service now, putting out as many as 40 bags at a time, and that commercial landscapers, who are supposed to pay to dispose of yard waste they collect often leave it in alleys for the city to pick up instead.

The other proposal would end operation of the recycling drop-off program at James Park. She said half the people who use that service don’t live in Evanston.

Aldermen postponed action on the recommendations, asking for more research about trash collection systems in other towns and time to talk to residents about the plan.

“To agree to anything close to privatizing garbage pickup in Evanston in addition to adding another charge for that privatization I don’t think makes sense until we talk to our constituents,” Rainey said.