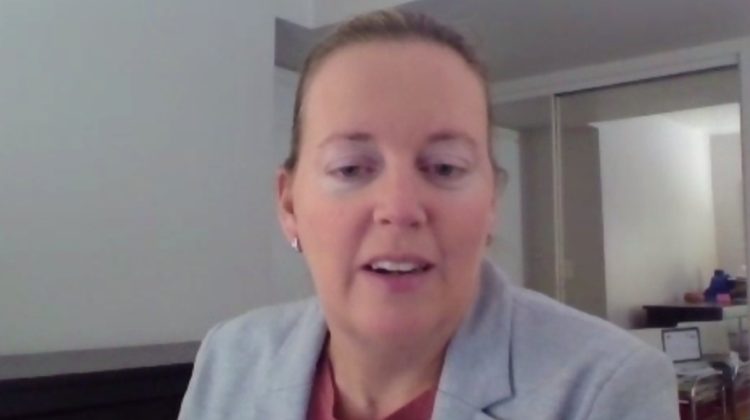 Evanston officials Tuesday night said they plan a gradual approach to transforming the way the city handles many problems that now bring a police response.

At a joint 1st and 4th Ward meeting, City Manager Erika Storlie said, “It will take some time” to develop the alternative response plan for handling mental-health related calls that the city plans to pilot next year.

Issues that need to be worked out, she said, include whether the service will be provided by city staff members or under contract with private agencies and how the new program will connect with existing mental health services in the community.

In the meantime the city “still needs to respond to the calls that we’re getting,” Storlie added, and for now that’s work for the police.

1st Ward resident Fred Tanenbaum said that in reading the daily crime bulletin, he sees a lot of reports of thefts from unlocked cars or unlocked garages. “Those shouldn’t be a 911 call,” Tanenbaum said, suggesting it shouldn’t require an armed police officer to respond to those calls and write up those reports.

Alderman Don Wilson, 4th Ward, said that further reducing the volume of calls police need to respond to will involve better educating residents about what issues need a police response.

Wilson, who lives across from Washington School, contrasted a situation involving an armed person in your home — when you want the cops there right away — with a kid climbing on the school roof — which, he suggested, might not require a police response at all.

Alderman Judy Fiske, 1st Ward, said people historically have expected that, if they call 911, they’ll get an immediate response from police, whatever the nature of the call.

Wilson said a clerk faced with a homeless person in a store may feel threatened. “They don’t know what to do,” Wilson said, “and so now it’s always, ‘call the police.'”

“But we want to get issues addressed in some sort of constructive way,” Wilson added, “The person is in need of some services that somebody in the community can provide.”

Wilson said he hopes the city can push changes at an evolutionary and measured pace and not leave anybody behind and not served.

“I don’t believe the police keep us safe,” Karlovitz said, “and I’d like to see more cuts there.”

But Storlie said the city has made “a very aggressive move” in eliminating 11 police officer positions in the proposed 2021 budget.

“We want to be careful and thoughtful and strategic and make sure we can get new services ready to go before we start further cutting back on officers,” Storlie said.

“I think in future years you’ll see bigger reductions in the police budget,” she added. “It just won’t all happen in one budget year.”