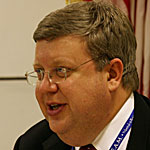 Despite misgivings from one alderman that it may be an impossible task, Evanston aldermen Monday approved a series of information meetings about two referendums — while trying to avoid violating a state law that bars the city from engaging in advocacy on the issues.

An advisory referendum on the March 20 ballot will ask voters whether they approve of having the town board "continue to pursue the issue of dissolving Evanston Township."

A binding referendum would give the city authority to contract with a company other than Commonwealth Edison to supply electricity to residents.

City Manager Wally Bobkiewicz said the sessions would be carefully scripted, with the script approved by the city's law department, to avoid legal complications. 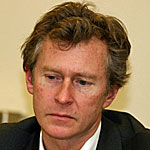 But Alderman Don Wilson, 4th Ward, said he doubted that the discussion, especially with questions from the audience, could be kept impartial, and he said he'd prefer not to have the staff presentation made at his ward meeting.

On the other hand, Alderman Jane Grover, 7th Ward, said she didn't think the two general community meetings Bobkiewicz had proposed were enough, and that they didn't start until too close to the March 20 election day.

The revised schedule now calls for meetings on Jan 30 at the Civic Center, Feb. 23 at the Robert Crown Center and March 8 at the Fleetwood-Jourdain Center. All the meetings would start at 7 p.m.

In addition several aldermen asked to have presentations on the referendum done at their ward meetings scheduled between now and election day.

Bobkiewicz said that he and Intergovernnmental Affairs Coordinator Matt Swentkofske and Sustainable Programs Coordinator Catherine Hurley would conduct the sessions.

During public comment, Township Assessor Bonnie Wilson asked that she and Township Supervisor Patricia Vance be included in the discussion.