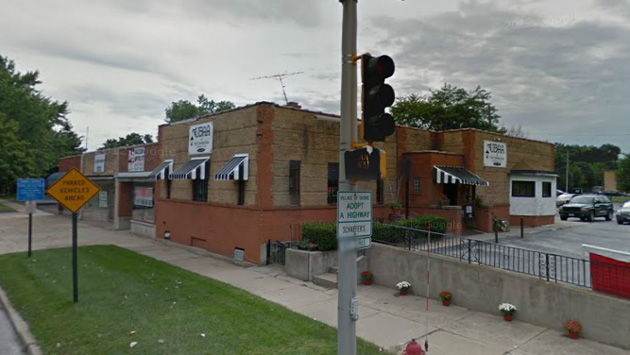 The site of the old Ubaa Tap on the Skokie side of Crawford Avenue just south of Old Orchard Road could become a new Walgreens drug store if a developer's plans win approval from village officials.

The bar, which reportedly opened in 1939, was a fixture for northwest Evanston residents as the closest place for a drink during the long decades when Evanston didn't allow liquor sales.

The property, and some adjoining storefronts, have been on the market for more than a year and the family-owned bar has been closed for months.

The developers of the planned 14,490 square foot Walgreens are asking that the project include a drive-thru and permission for liquor sales.

Skokie's Plan Commission is scheduled to discuss the project at 7:30 p.m. on Thursday, Dec. 6, at village hall, 5127 Oakton St.

The site plan will be available on Monday on the village website. For more information, call the Skokie Community Development Department at 847-933-8447.

Top: The Ubaa site in an image from Google Street View.