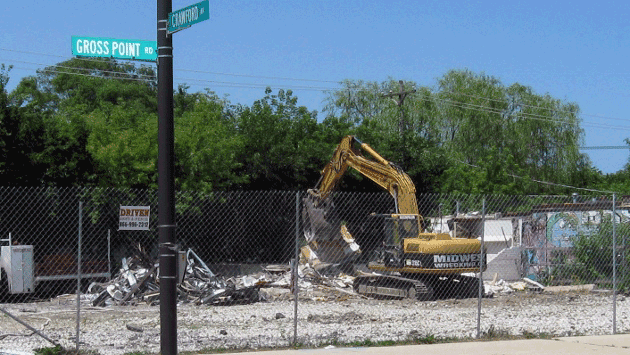 Developer Edgemark Properties acquired the site for $1.2 million in 2007 and had proposed to redevelop it with a Chase Bank branch.

But after neighbors waged a multi-year battle against the plan that led to several revisions to shrink the bank footprint, Chase Bank last fall pulled out of the project.

The developer has told the city it plans to plant grass on the property once the debris is removed from the site.