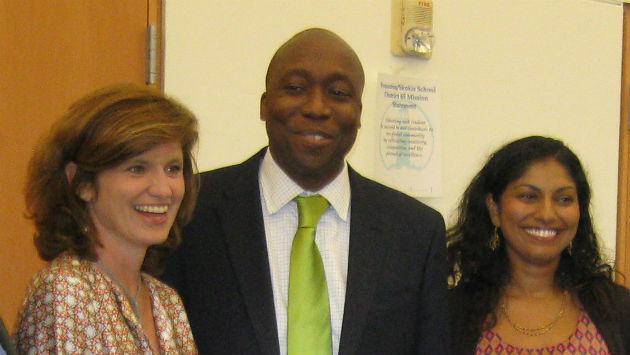 Omar A. Brown, who was appointed to the Evanston/Skokie School District 65 Board of Education in the summer of 2014, has submitted his resignation from the board, which will begin taking applications for his replacement this month.

Deadline for applications is July 31, and it is anticipated that his successor will be approved by the board at its regular meeting on August 21.

Brown, who was vice president of human resources for the Chicago Transportation Authority when he was originally selected, subsequently left the CTA to become a senior consultant at the management consulting firm of Deloitte, according to his profile on Linked-In.

He was selected by the board to fill a vacancy caused by the resignation of Eileen Budde. He then was elected to a full four-year term in 2015.

His replacement will serve until the normal expiration of Brown’s current term in 2019.

“His perspective on policy and, in particular, his expertise on labor and employment matters has been valued,” said Suni Kartha, the current board president. “Although he is stepping down from this role, I know his service to the community will continue and we wish him success in his future endeavors,” she added.

To be eligible for appointment to the board, an applicant must be a citizen of the United States, at least 18 years of age, a registered voter, and a resident of the State of Illinois and of the district for at least one year.

Information about the application process is available on the district’s website.