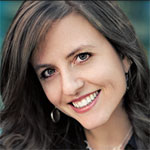 Best selling author Rebecca Skloot will discuss her search to uncover the story of race, class, ethics and science behind "The Immortal Life of Henrietta Lacks" at Northwestern University this month.

Skloot's book has been a springboard for discussion and a host of Northwestern University activities — since September. She will deliver the One Book One Northwestern keynote address at 4:30 p.m. on Thursday, Jan. 26, in the Ryan Auditorium of the Technological Institute, 2145 Sheridan Road.

The speech is free and open to the public. A book signing will follow. Seating in the 600-seat auditorium is on a first-come-first-served basis. 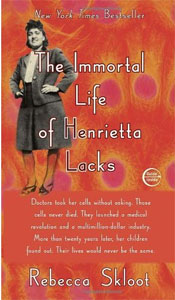 “The Immortal Life of Henrietta Lacks” tells the story of a little known cancer patient in the “colored ward” of a Baltimore hospital in the 1950s whose cells were taken without her consent. Today, her cells live on in science laboratories around the world and are one of the most important tools in biomedical research.

But while Henrietta Lacks’ cells spawned a billion-dollar industry, her family went without health insurance and never saw the profits that were made from what scientists today call HeLa cells. Skloot has created the Henrietta Lacks Foundation from some of the proceeds of her book as a way to give back to the Lacks family and other needy families.

“Rebecca Skloot has written a riveting tale that raises big issues, including race, class, ethics, poverty, science and family,” said Linda Hicke, professor of molecular biosciences in the Weinberg College of Arts and Sciences and One Book One Northwestern faculty director. “Over dinner, in small book groups and in classes, people from all disciplines and with very different interests have talked about the book and the questions it raises.”

“There really isn’t a department within a university that can’t find something specific in the book that relates to it,” Rebecca Skloot pointed out in a National Public Radio interview, “whether it’s law, women’s studies — it really does cross all of the different boundaries.”

Skloot’s book has garnered worldwide attention, was on more than 60 best books of 2010 lists and has earned countless awards for science writing and non-fiction. In talking at Northwestern, she will discuss her more than 10-year search to uncover the truth about Lacks, the HeLa cells that are part of Henrietta Lacks’ legacy and explain why Lacks’ story is important today.

Although One Book One Northwestern keynote address is Jan. 26, the One Book program continues at Northwestern through the academic year. In honor of Black History Month, for example, it is sponsoring a Feb. 14 lecture by physician who, as a student, assisted the researcher who first grew cells taken from Lacks.