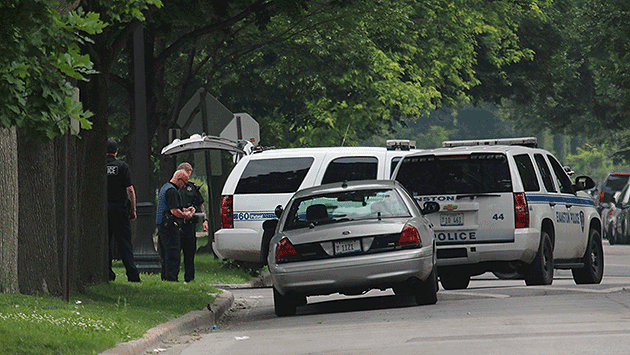 A 22-year-old man was found dying of gunshot wounds behind the steering wheel of his car in Evanston early this morning and less than three hours later another man was shot and wounded nearby.

Police say an officer on patrol in the 1900 block of Brown Avenue about 12:45 a.m. heard several shots fired and police found Albert E. Norman of 1711 Grey Ave. in his car which had rolled into a tree.

Fire Department paramedics took Norman to Evanston Hospital where he was pronounced dead on arrival. 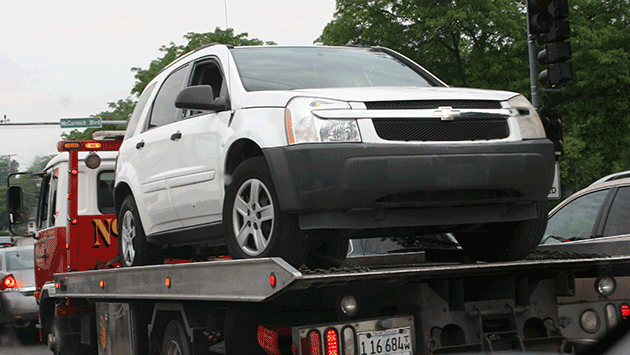 The homicide victim's car being towed away from the crime scene this morning.

Then at about 3:30 a.m. police investigating the homicide heard more shots fired in the area and responding officers found a 50-year-old man who'd been standing in front of a home in the 1900 block of Dodge Avenue shot multiple times in the leg.

He was taken to Presence Saint Francis Hospital and is listed in stable condition.

No suspects are in custody at this time and police continue to investigate to determine whether the two incidents are related.

Anyone with information regarding either incident is being asked to contact the Evanston Police Department at 847-866-5000 or anonymously via the Police Department’s Text-a-Tip program from any cell phone with texting capability. Tips should be sent to CRIMES (274637) and type EPDTIP in the message line along with the information. 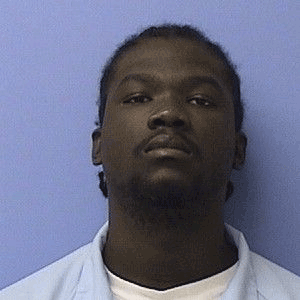 Illinois Department of Corrections records indicate that Norman, at the time of his death, was on parole for a 2011 narcotics conviction.

He reportedly was one of 28 people arrested in 2010 in a crackdown on drug sales at what was then Ramy's Foods at 1723 Simpson St.

He had initially been parolled in January 2013, but was returned to prison after a May 2013 arrest for aggravated assault and was released again last November.