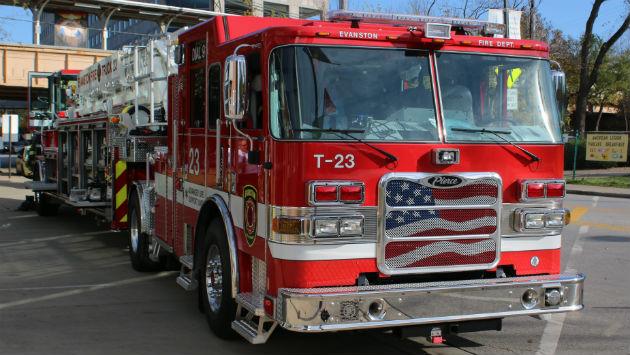 An oven fire broke out on the top floor of the Housing Authority of Cook County's Perlman Apartments building at 1900 Sherman Ave. in Evanston about 4:30 this afternoon

Evanston fire units responded to the scene and found that sprinklers had activated in the unit and contained the blaze. But they're now trying to limit the spread of water from the sprinklers to other units in the building. There also was significant damage to the kitchen area of the 11th floor apartment from the fire.

Police have blocked off traffic around the intersection of Sherman Avenue and Emerson Street while fire units remain on the scene.

Update 5:10 p.m.: A resident of the apartment where the fire broke out was treated by paramedics for smoke inhalation and was being transported to Evanston Hospital.