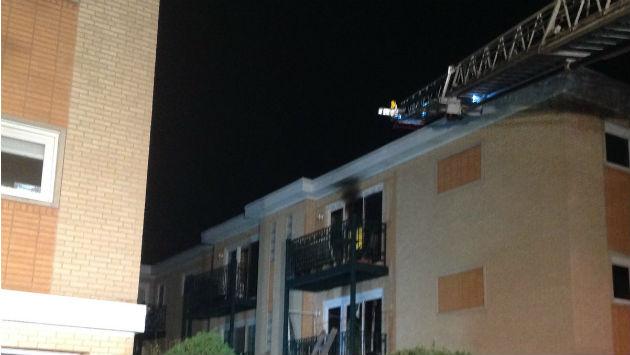 One resident of an apartment building at 721 Seward St. was displaced by a fire that broke out early this morning.

Fire Division Chief Paul Polep says crews arrived at the scene just two minutes after the call came in at 1:17 a.m. He says they found a fully involved apartment fire on the second floor that had spread to the third floor unit directly above it.

Firefighters managed to keep the fire from extending to additional units in the 1960s vintage courtyard apartment building.

No residents or firefighters were injured. The cause of the fire is under investigation.