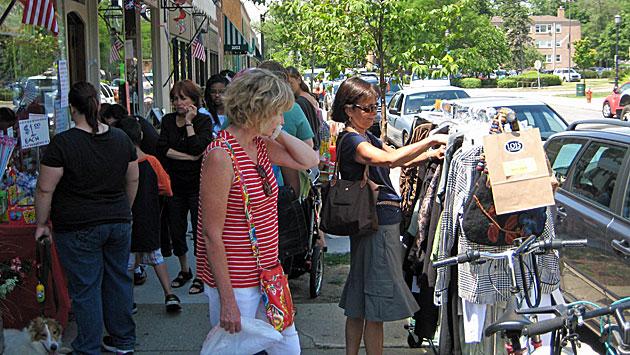 If you’ve wondered why property taxes in Evanston are high — here’s one key reason.

The city doesn’t collect nearly as much in sales tax revenue per capita as some other nearby communities. And so, it ends up with higher rates for property taxes and other fees to provide a similar level of services.

Here’s a chart, adapted from one provided in a recent City of Evanston budget memo, that illustrates the problem.

Evanston ranks 31st among the 56 Cook County municipalities that impose a home rule sales tax in the amount of money per capita that the tax raised during the state’s fiscal year that ended in June.

Now that’s a shade more per capita than what Wilmette, ranked 32nd, raises. But it’s a whole lot less than what our neighbors to the west, in Skokie, pull in.

Skokie, with the Westfield Old Orchard mall and other retail centers, collected $216.03 in home rule sales tax per resident — more than two-and-a-half times the $82.45 per resident Evanston received.

And every time you shop at Old Orchard you’re also paying sales tax at a higher rate than you would in Evanston. Skokie’s home rule sales tax rate is 1.25 percent, the same as Chicago’s, while Evanston, like more than half the other municipalities in the county with a home rules sales tax, charges just 1 percent.

Evanston could consider raising its tax rate even higher than that. River Grove, at 2 percent, has the highest rate in the county.

But sales taxes are generally considered to be regressive, since lower income people tend to spend a higher percentage of their money on goods that are subject to the tax. So it’s not clear whether increasing the sales tax rate would be very appealing to Evanston aldermen.

A quarter-percent rate hike could bring in about $1.5 million in new revenue — assuming it didn’t drive customers away from shopping in Evanston.