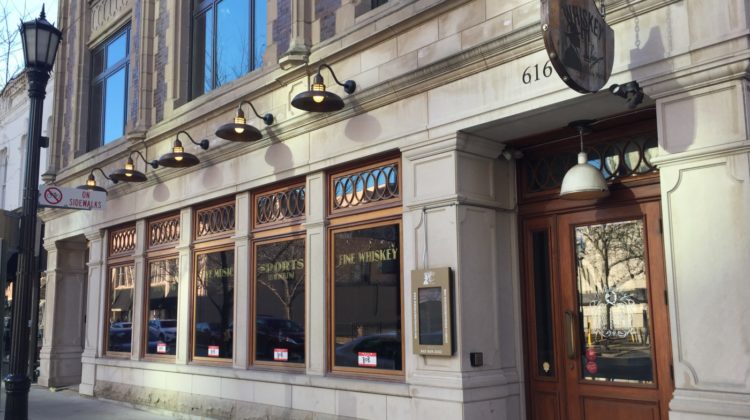 A popular bar/restaurant on Davis Street downtown has shut its doors, the 10th eatery to close in Evanston since the coronavirus pandemic hit in March.

Whiskey Thief Tavern, in the 600 block of Davis, is now out of business.

But two doors down, the Sherpa Curry House has just opened in what used to be the Olive Mountain Mediterranean restaurant. Curry House owner Raj Thapa says while this may not be the best time to open a restaurant, “it’s a good time to buy.” Thapa, who has similar restaurants in Chicago and in Highwood, says he’s “wanted to come to Evanston for a long time.”

Whiskey Thief came to Evanston four years ago. With the pandemic hitting the restaurant business harder than most, the tavern recently tried putting in a “ghost kitchen,” a second food concept in an existing facility, in this case Bob’s Pizza. Matt Wilde, one of Bob’s owners, says pizza was “an attempt to save Whiskey Thief,” but with in-person dining currently banned due to state COVID regulations, “places the size of Whiskey Thief are a death sentence.”

Wilde says Whiskey Thief was just starting to come back successfully after the first state restrictions in the spring, but this latest round, he says, “was so defeating.”

Wilde says Bob’s Pizza, which has three other locations in Chicago, is definitely hoping to find another home in Evanston. “There was great support” from the Evanston community, he says, for the pizza.

As for the Curry House, owner Thapa’s family is from Nepal, so the restaurant has both Nepalese and Indian cuisine. While Thapa is selling takeout food now, he plans to use the “no-dining-room” period to perfect online and social media marketing.

“Everything has good and bad,” he says.

There is proof of that on Davis Street, two doors apart.