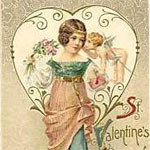 Just in time for Valentine's Day, researchers at Northwestern University are out with a new report that suggests the latest thing in computer-assisted matchmaking may show more promise than its predecessors in finding the special someone.

Whether enlisting the help of a grandmother or a friend or the magic of Cupid, singles long have understood that assistance may be required to meet that special someone.

Today such help is likely to come from online methods of matchmaking. But online dating, according to new Northwestern University research, depends largely on ineffective algorithms and profiles for finding potential love interests.

Mobile dating, the latest iteration in digital dating, however, may hold promise, because it brings together potential partners face-to-face fast to see if "sparks" exist, the research suggests. Although the research on mobile dating is scarce, Eli Finkel, associate professor of psychology at Northwestern and lead author of the study, is optimistic about this approach.

"GPS features on smartphone apps can tell you who is nearby and willing to be browsed," Finkel said. "With a little bit of basic information, potential daters can get together right away for a quick face-to-face meet-up."

Good old-fashioned face-to-face contact still is paramount in finding that special someone, and the faster that happens the better, the research suggests.  In previous research, Finkel and his co-authors found that ideal preferences of daters viewing online profiles fell by the wayside after in-person meetings with potential partners.

• The first generation in 1995—the launch of Match.com:

“We use the analogy that dating sites like Match.com are like supermarkets of love,” Finkel said. “You check out the wares (online profiles) and see what you like. Upon first blush, this approach seems reasonable, but there are two major problems with it: People really don’t learn much from a profile, and people get overloaded by choice."

• The second generation in 2000—enter eHarmony:

Sites like eHarmony market themselves less as supermarkets of love than as something akin to real estate brokers of love. They use “matching algorithms” in an effort to identify which potential partners are especially compatible with a given online dater. The choice issue, Finkel observed, is somewhat solved by the algorithm approach. Only a handful of people are chosen as compatible matches. "But there is no compelling evidence that any of these algorithms work," he said. “Limiting the number of potential partners is only helpful if the algorithmic-selection process favors compatible partners over incompatible ones, which it fails to do. Even if the algorithms are cutting 2,000 potential partners down to five, if that process is random, is it really any better than strolling into the neighborhood bar?”

• The third generation in 2008—mobile dating:

With the advent of smartphone apps, mobile dating was launched. Mobile dating's ability to get people face-to-face fast may make a big difference, according to the new Northwestern research.

"You have a little bit of basic information," Finkel said. "Is this person below threshold or above threshold for a five-minute meet-up—five minutes from now? There’s no better way to figure out whether you’re compatible with somebody than talking to them over a cup of coffee or a pint of beer."

The authors hope their report will push proprietors to build a more rigorous scientific foundation for online dating services.