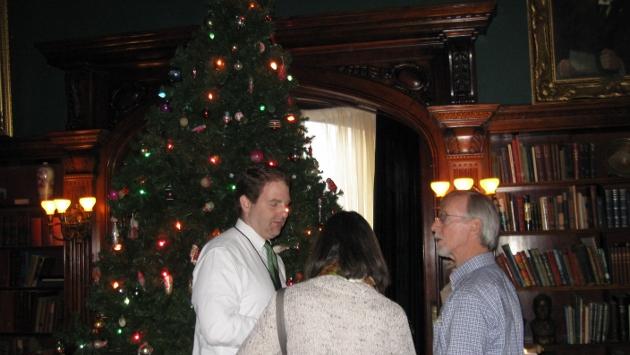 Evanstonians young and old treked to the Charles Gates Dawes House on Greenwood Street Sunday for the annual holiday open house of the Evanston History Center.

The house, which once served as the residence of the Vice President of the United States, is undergoing renovation, but most rooms were open for visitation at the free event that welcomed one and all to one of the area's great resources.

The Center took on added significance this year, as it was an integral element in the community's celebration of its 150th year.

The event featured house tours, crafts for kids, holiday treats provided by Whole Foods, and live music in the Great Hall and the spacious library. 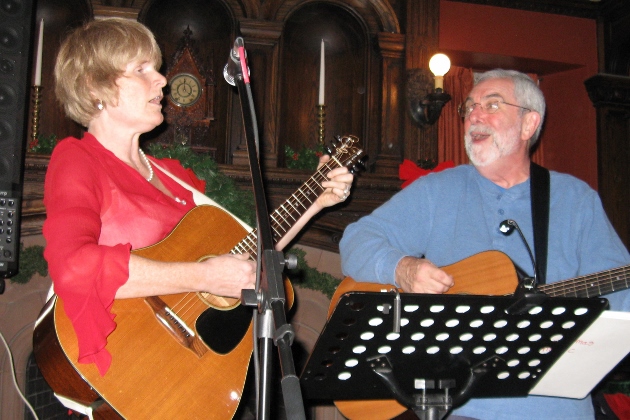 Traditional holiday music was performed in the Great Hall by Marian McNair, a great-grandaughter of Dawes, and her husband, Jim Fine.

In the spirit of the Dawes family, the Center held a food drive in partnership with the Greater Chicago Food Depository, much as the Dawes family itself did early in the last century, when they would distribute food baskets each year to families in need.

Dawes was the 30th vice president of the United States, serving under Calvin Cooledge from 1925 to 1929.

A banker by trade, he was the 10th Comptroller of the Currency and the first director of the U.S. Bureau  of the Budget. 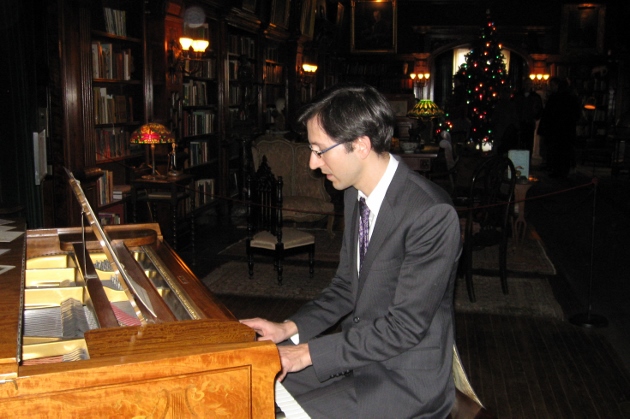 During the open house, pianist Christopher Mahieu played jazz selections on the piano in the llibrary.

In 1925 Dawes won a share of the Nobel Peace Prize for his work on World War I reparations. One of his hobbies was music, and he composed the tune that was later popularized as "It's All in the Game," which was the No. 1 hit in the United States in 1958, some seven years after Dawes' death. 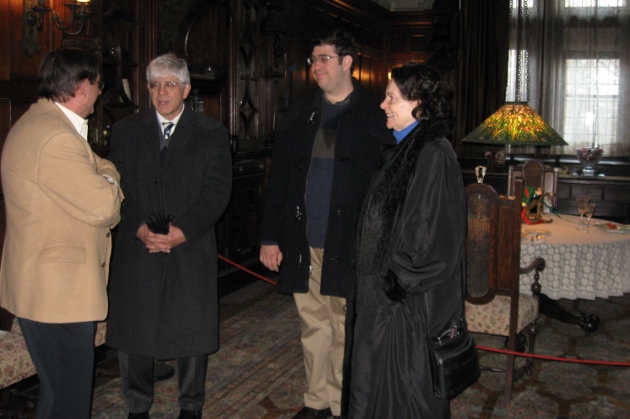 A group chats in the dining room of the Dawes House.

Northwestern donated the house to the Center in 2009. In need of repair, the house is currently the beneficiary of a capital campaign being conducted by the Center.

Top: Guests enjoy conversation around the Christmas tree in the library.