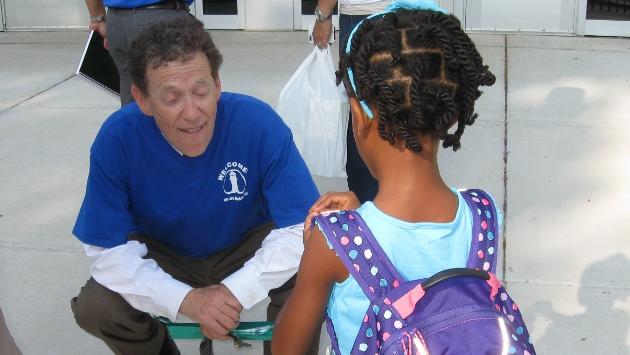 Evanston/Skokie District 65 Superintendent Paul Goren was on hand bright and early Monday to greet students as they arrived at Lincoln Elementary School for the first day of the new school year.

He promised to be at Lincoln to deal personally with possible overcrowding of the common areas at the school, which is the fastest-growing elementary school in the district.

“It’s going to be pretty crowded,” he told Evanston Now as students began showing up, shortly after 8:30 a.m. 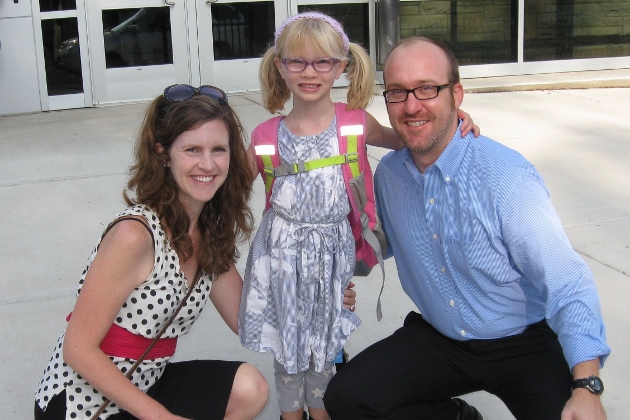 Linncoln first-grader Sophia King with her parents Patti and Cory.

Students arrived with and without parents and grandparents, many of them wearing backpacks that were nearly as large as the students wearing them. 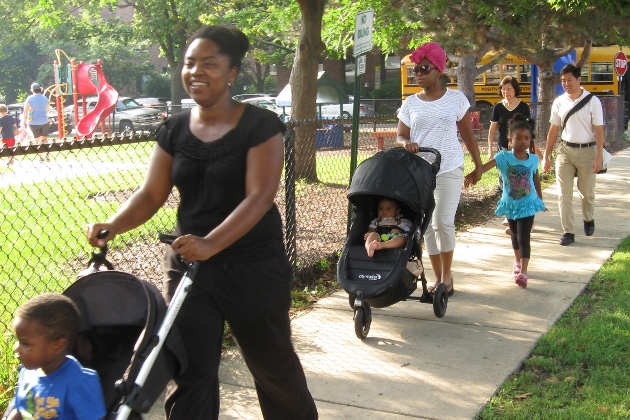 A veritable parade of parents and students were spotted throughout the city early Monday.

Evanston Township High School was also welcoming students to the school, where workmen are still making last-minute adjustments to four new science labs, a welcoming center for visitors, and a 16,000-square-foot Student Success Center that includes a technical center for students needing help dealing with their electronic devices.