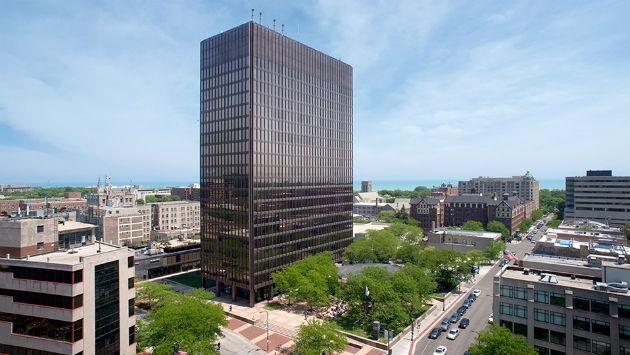 Evanston’s tallest building, the Orrington Plaza office tower, is back on the market less than five years after its last sale.

Chicago Business reports owners Golub & Company and Investcorp are seeking $87 million, or $257 per square foot, for the 20-story building, which opened 49 years ago.

The brokerage CBRE, which is handling the listing, told Chicago Business that Class A office vacancy rates in Evanston were just 5.9 percent at the end of last year, compared to 15.8 percent in the suburbs overall and 13.5 percent in downtown Chicago.

And it’s likely to be a while before any new Class A office space comes on the market in Evanston. The city has agreed to sell a parking lot at 1714-20 Chicago Ave. to be turned into an 11-story office building, but that project has yet to make its way through the city’s planned development process.