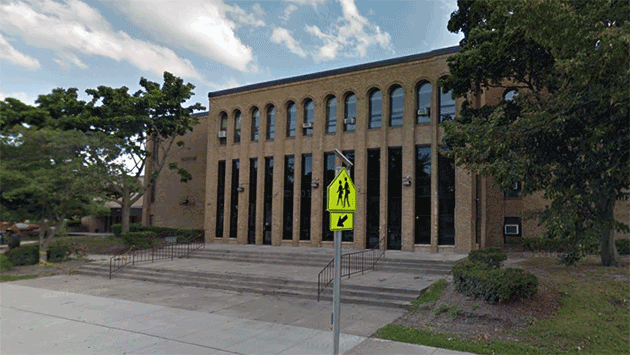 Federal officials have proposed $132,040 in penalties for six companies that the government says exposed workers to asbestos, lead and electrical hazards while doing renovation work last summer at Chute Middle School in Evanston.

The U.S. Department of Labor's Occupational Safety and Health Administration and the Illinois Department of Public Health inspected the work site at the school's cafeteria last July in response to a complaint.

Staff and students were on summer break at the time of the inspection.

The companies could also be subject to state penalties as a result of the alleged violations.

"Exposure to asbestos is a dangerous workplace issue that can cause loss of lung function and cancer, among other serious health effects, and workers must be trained in procedures that minimize exposure. Workers should never be put at risk because a company failed to protect them from a known, dangerous substance," said Angeline Loftus, OSHA's area director at the Chicago North Area Office in Des Plaines in a news release.

OSHA says its inspection found that onsite asbestos consultant Environmental Services Firm directed F.E. Moran to remove 60 feet of piping that contained asbestos insulation. F.E. Moran did not require its employees to implement engineering controls to limit asbestos exposure or to wear personal protective equipment while cutting the pipes for removal, which created the potential for release of asbestos fibers.

Asbestos is a naturally occurring mineral fiber that was used in some building materials before its dangerous health effects were discovered. Fibers are released into the air during activities, such as cutting pipes, which disturb asbestos-containing materials. Asbestos fibers cannot be seen, and can be inhaled into the lungs unknowingly. If swallowed, the fibers can embed in the digestive tract.

OSHA cited F.E. Moran for 10 serious violations, which included failure to comply with existing regulations; failure to determine whether work with asbestos complied with standards; and lack of training and respiratory protection. The violations carry $47, 500 in proposed penalties.

The agency cited Environmental Services Firm for two willful violations for failure to conduct air sampling and initial exposure assessment for asbestos on the project. The company faces penalties of $55,000. A willful violation is one committed with intentional, knowing or voluntary disregard for the law's requirement, or with plain indifference to employee safety and health.

B.B. Construction Enterprises was cited for one serious violation, carrying proposed penalties of $1,530, for failure to collect and properly dispose of debris from asbestos removal operations. An OSHA violation is serious if death or serious physical harm could result from a hazard an employer knew or should have known exists.

Each of the six companies has 15 business days from receipt of its citations and penalties to comply, request an informal conference with OSHA's area director, or contest the findings before the independent Occupational Safety and Health Review Commission.