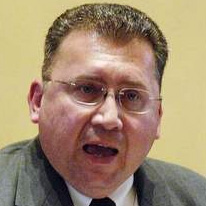 SPRINGFIELD — What was supposed to be the time and place to act on Illinois’ massive pension debt has turned, instead, into two days of focusing instead on gun control and gay marriage.

SPRINGFIELD — What was supposed to be the time and place to act on Illinois’ massive pension debt has turned, instead, into two days of focusing instead on gun control and gay marriage.

An Illinois Senate committee passed a single, minor piece of pension legislation Wednesday, but otherwise there has been little action and little talk about Illinois’ massive pension debt.

“The Senate has already voted on a proposal; we sent that over last May,” said state Sen. Mike Noland, D-Elgin. “If the people of the state of Illinois are wondering if anything can be done, that answer will come from the House.”

Noland said House members have pitched a plan to require more from teachers and local school districts or local governments, coupled with benefit reductions. The Senate cannot vote on that plan unless — and until — it passes the House. The Illinois House is not scheduled to be back in Springfield until Sunday.

But different schedules or procedural hurdles have not stalled pension reform, according to state Sen. Matt Murphy, R-Palatine.

“From the top down, frankly, Gov. (Pat) Quinn has not led on the issue,” Murphy said Thursday. “The Senate president and speaker of the House continue to fight about how this pension fix should come to pass. And the truth is, Rome burns while they fiddle.”

Illinois owes between $90 billion and $130 billion for its five publicly funded retirement systems.

Quinn has urged action before Jan 9, when a new Legislature is sworn in.

State Sen. Kwame Raoul, D-Chicago, said that’s probably not going to happen because, to truly “fix” Illinois’ pension systems, there has to be an agreement on the rest of the state’s finances.

Hundreds of current and retired public workers, many of whom are opposed to the cost shift, flooded the Illinois Capitol today to urge lawmakers to “do something” about the state’s pension woes.

Lartz said she would be willing to accept pension reforms that give public employees a choice to pay more or accept a reduced pension, but Illinois’ biggest unions say the solution is to tax corporations and handcuff the Legislature to a requirement to fully fund pensions before looking at benefit reductions.

Noland said the delay in pension action is likely a matter of a month or two, and not a session or two.

“The numbers are just crushing at this point,” Noland said. “By the time February and March come around … our continued burden and the amount we pay on a monthly basis is going to increase exponentially.”

Murphy, the Republican, said lawmakers already know what they will be voting on.

“This has all been out there. And it’s been out there for years,” Murphy said. “The question is, when will the leadership down here have the political will to do what needs to be done?”