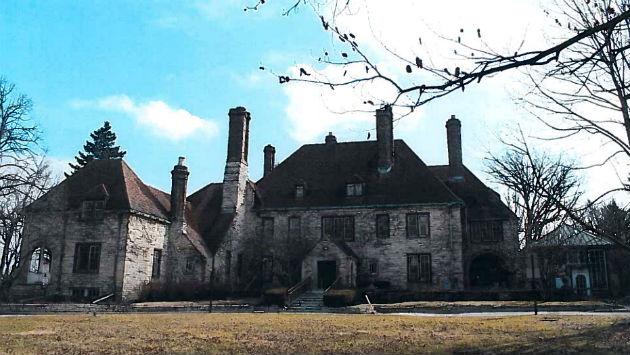 In Rock Island, Debra Kuntzi runs a shoestring operation at the Hauberg Civic Center. The mansion is owned by the city which, Kuntzi says, pays the building’s utility costs, and city workers do a lot of maintenance work.

The Hauberg Center in Rock Island.

With roughly two events per month at the center, in addition to weekly tours on Friday afternoons, the Rock Island mansion is hardly the hub of activity that Harley Clarke fans claim to desire.

And the foundation’s relationship with the city is more like that of the Evanston Animal Shelter Association, which has a two-year renewable memorandum of understanding with the city, rather than a long-term lease that might support capital fundraising for major renovation work.

Aldermen, who are scheduled to discuss a new request for proposals for use of the mansion at the April 15 City Council meeting, have been deeply divided about what range of proposals to consider.

But they appear to be agreed on not spending additional city funds on the property and have not explored the sort of city-subsidized arrangement adopted in Rock Island.

In Crystal Lake, where Siobhan Cottone heads the much more extensive Lakeside Legacy Foundation operation, the foundation has the advantage of owning the mansion and its 12-acre grounds.

The Dole Mansion of the Lakeside Legacy Foundation in Crystal Lake.

It also had donors who were were able to quickly raise over $1 million to buy the property.

Then there is the question of whether residents near the Harley Clarke mansion would tolerate the sort of activities that Lakeside Legacy uses to bring in the bulk of its revenue — including a four-day summer festival and carnival that draws a crowd of 50,000.

Finally there are unanswered questions about whether Evanston has sufficient unmet demand for the other services the Crystal Lake facility provides to support such an operation here.

Lakeside takes in about $200,000 a year in rental income from leasing studio space for artists and other program fees. Evanston’s existing city-owned Noyes Cultural Arts Center is projected to bring in $400,000 in rental income this year. Would a new venue for art studio rentals cannibalize the demand for space at Noyes — which lacks funding for its own needed capital improvement projects?

Some Harley Clarke fans also see hosting private events as a major revenue generator for a renovated mansion. But Evanston already has several competing event spaces — from the Orrington Hotel to the Halim Time and Glass Museum.

And two additional event venues, Palmhouse and Double Clutch Brewing Company are in the process of seeking city approvals.

With most of the venues organized as tax-paying businesses, will aldermen want to create a tax-exempt competitor?

None of these issues make a successful new future for the Harley Clarke mansion impossible — but they certainly make finding the right solution more challenging.