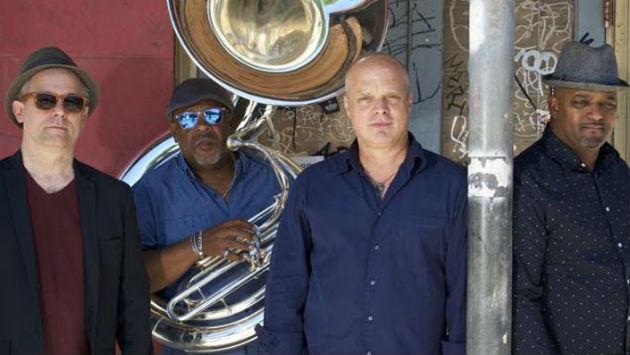 Boz Scaggs
Out of the Blues Tour 2018
“Music has been a constant companion and I’m feeling more free with it than ever,” Scaggs comments. “I feel like I’ve found my voice through all these years, and I’ve gotten closer to where I want to be with my approach.”
At North Shore Theatre, 9501 Skokie Blvd., Skokie, Saturday, Nov. 3, 8 p.m. tickets $76-96

Salieri, Mozart and Beethoven: The Bermuda Triangle of Music
Performers: Rick Ferguson and members of the Musical Offering Continuum Players
Program: Salieri Concertina in G-Allegro spirituoso; Mozart Six Piano Variations on a theme of Salieri; Beethoven Ten Variations on a theme of Salieri
Rick Ferguson will be joined by members of the MO Continuum student ensemble in this lecture-recital exploration of the many-layered relationships involving these three mainstays of late 18th-Century Viennese musical life.
Why the Bermuda Triangle? You’ll just have to attend and find out!
By The Musical Offering, 743 Custer St., Saturday, Nov. 3, 7 p.m. tickets $20

Victory
Victory’s music is a fusion between soul music and folk music. Whether Victory is performing classics or original compositions, she has a way of tailoring each song with her voice and guitar to fit her unique style.
At SPACE, 1245 Chicago Ave. on Friday, Nov. 2, at 7 p.m. tickets $15

Blue Water Highway
Blue Water Highway comes from the working class, coastal town background that has informed the work of so many of rock’s greatest writers and artists.
At SPACE, 1245 Chicago Ave. on Friday, Nov. 2, at 10 p.m. tickets $12

Ryan Montbleau
Ryan Montbleau has been an acclaimed singer, songwriter, and bandleader for more than a decade, but with his new album “I Was Just Leaving,” the New England-based artist has truly arrived.
At SPACE, 1245 Chicago Ave. on Thursday, Nov. 8, 8 p.m. tickets $15-25