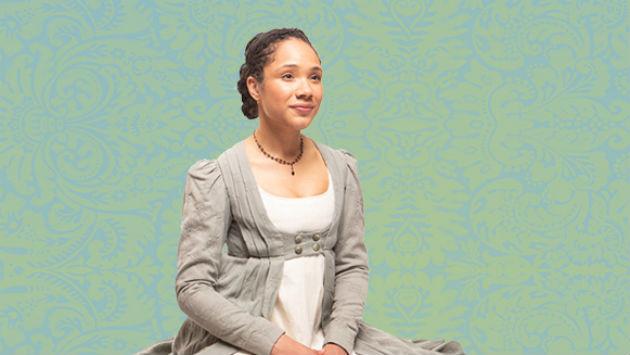 You’ll find original plays from Second Act Players and Mudlark Theater as well as classics like “Twelfth Night” at Writers Theater, “Jane Eyre” and “A Chorus Line” at NU, and “Mansfield Park” at Northlight Theatre among this week’s theater options in an around Evanston.

New Year’s Eve at Grandma’s House
An Italian-American family gathers to celebrate New Year’s Eve 1960, its first without the family patriarch. The country is changing with the election of the first Catholic president and the family is changing as well, its younger members wondering what they should do to be accepted as being truly American.
By Second Act Players, Northminster Church, 2515 Central Park Ave., runs through Nov. 18, tickets $17-22

A Chorus Line
A Broadway chorus audition comes to life in one of the most celebrated musicals of all time with a brilliantly complex fusion of song, dance, and drama.
At Ethel M Barber Theater, 30 Arts Circle Drive, runs Nov. 9 – Dec. 2, tickets $30

Mansfield Park
When shy but clever Fanny Price is sent away by her impoverished parents, she must learn to navigate life as the poor relation at her aunt and uncle’s wealthy estate. Fanny soon learns that beneath the glitter of wealth and status, people aren’t always what they seem, in a new take on the classic social satire by Jane Austen.
At Northlight Theatre, 9501 Skokie Blvd., Skokie, runs Nov. 8-Dec. 16, tickets $30-52

The Playground
Five Chicago-area playwrights (and one poet) were each commissioned to write a play. The rules? It has to take place on a playground, it has to be ten minutes long, and all the characters are middle schoolers. The results are as varied as the writers themselves.
At Mudlark Theater, Red Curtain Theater, 1417 Hinman Ave., runs Nov. 8-11, tickets $10

The ARC Trials
In a future where earth can no longer support life, a select group of children lives aboard the Nox Treader, an interstellar spaceship. Raised and educated by humanoid robots, they learn about “Earth That Was” and the distant planet to which they are headed. But something isn’t quite right aboard the ship. Important information is missing from the children’s lessons. Memories are missing from their heads. Those who ask too many questions are sent to the med bay and come back… different. It’s up to a young girl named Cressida to get to the bottom of the mystery before it’s too late.
At Mudlark Theater, Noyes Street Theater, 927 Noyes St., runs through Nov. 18, tickets $10-12

Holiday Inn
Based on the classic film, this musical tells the story of Jim, who leaves the bright lights of show business behind to settle down on his farmhouse in Connecticut… but life just isn’t the same without a bit of song and dance. Jim’s luck takes a spectacular turn when he meets Linda, a spirited schoolteacher with talent to spare. Together they turn the farmhouse into a fabulous inn with dazzling performances to celebrate each holiday, from Thanksgiving to the Fourth of July.
At Marriott Lincolnshire, 10 Marriott Drive, Lincolnshire, runs Nov. 7-Jan. 6, tickets $50-60

Jane Eyre
A young woman arrives at an English manor to begin work as a governess, unaware of the dark secrets stirring in the attic in Polly Teale’s adaptation of Charlotte Brontë’s “Jane Eyre.”
At Josephine Louis Theater, 20 Arts Circle Drive, runs through Nov. 11, tickets $25

Witch
Mischief is afoot in the sleepy village of Edmonton and the fate of the world is at stake in this smart modern fable. When the emotionally conflicted son of the local lord and an ambitious newcomer come into conflict, help presents itself to both of them in the same guise—as the Devil himself. But while these two young men take advantage of the Devil’s bargain to accomplish their own questionable ends, someone else in town stands her ground—Elizabeth, an outcast whom everyone believes to be a witch.
For ages 14 and up.
At Writers Theatre, 325 Tudor Court, Glencoe, runs through Dec. 16, tickets $50