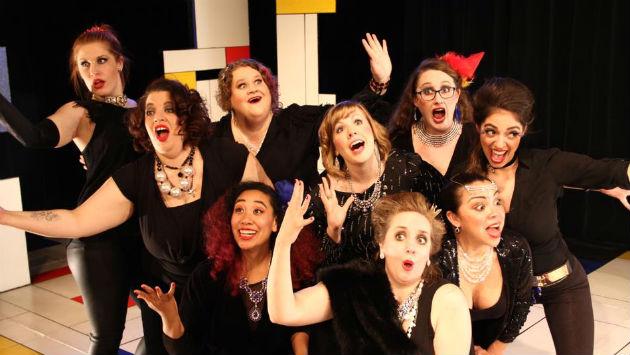 The ARC Trials
In a future where earth can no longer support life, a select group of children lives aboard the Nox Treader, an interstellar spaceship. Raised and educated by humanoid robots, they learn about “Earth That Was” and the distant planet to which they are headed. But something isn’t quite right aboard the ship. Important information is missing from the children’s lessons. Memories are missing from their heads. Those who ask too many questions are sent to the med bay and come back… different. It’s up to a young girl named Cressida to get to the bottom of the mystery before it’s too late.
At Mudlark Theater, Noyes Street Theater, 927 Noyes St., runs Nov. 2-18, tickets $10-12

By the way, if you haven’t yet purchased tickets to Northwestern’s production of “You’re A Good Man, Charlie Brown,” you’re too late. It’s completely sold out.

Jane Eyre
A young woman arrives at an English manor to begin work as a governess, unaware of the dark secrets stirring in the attic in Polly Teale’s adaptation of Charlotte Brontë’s “Jane Eyre.”
At Josephine Louis Theater, 20 Arts Circle Drive, runs through Nov. 11, tickets $25

Witch
Mischief is afoot in the sleepy village of Edmonton and the fate of the world is at stake in this smart modern fable. When the emotionally conflicted son of the local lord and an ambitious newcomer come into conflict, help presents itself to both of them in the same guise—as the Devil himself. But while these two young men take advantage of the Devil’s bargain to accomplish their own questionable ends, someone else in town stands her ground—Elizabeth, an outcast whom everyone believes to be a witch.
For ages 14 and up.
Writers Theatre, 325 Tudor Court, Glencoe, runs through Dec. 16, tickets $50