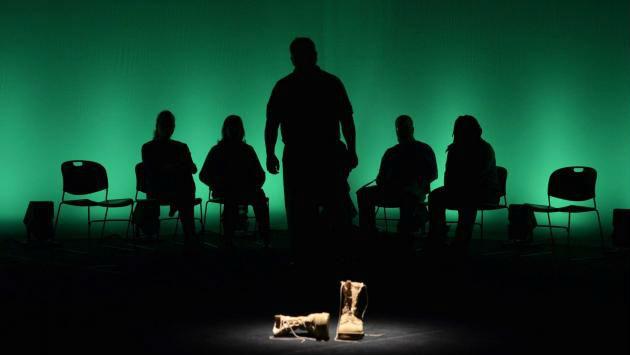 Memories are on stage this weekend with the story of Nazi-hunter Simon Wiesenthal at the North Shore Center in Skokie and military personnel sharing their stories in “The Telling Project” at Piven Theatre.

This week’s theater options include:

A one-man play tells the incredibly compelling story of a holocaust survivor who was responsible for bringing over 1,100 Nazi war criminals to justice.
At North Shore Center for the Performing Arts, 9501 Skokie Blvd., Skokie, runs Oct. 20-21, tickets $42-72

Local military personnel and family members share their experiences with the goal of strengthening a sense of community and facilitating meaningful contact between civilians and those who have served. Veterans are admitted free for all performances.
By Piven Theatre Workshop, 927 Noyes St., runs through Oct. 21, tickets $20

In an ambulatory, multi-disciplinary theatrical experience, follow a white rabbit through various locations throughout the Main-Dempster Mile.
By Upended Productions outdoors, starting at 829 Chicago Ave., runs through Oct. 21, tickets: $17-25

In a cramped motel room in New Mexico, four people grapple with the demands of ordinary life and the decisions of an uncertain future.
At Northlight Theater, 9501 Skokie Blvd., Skokie, runs through Oct. 21, tickets $30-57

A tale of an unlikely hero on a life-changing journey alongside a wisecracking donkey and a feisty princess.
At Marriott Theatre, 10 Marriott Drive, Lincolnshire, runs through Dec. 30, tickets $50-60