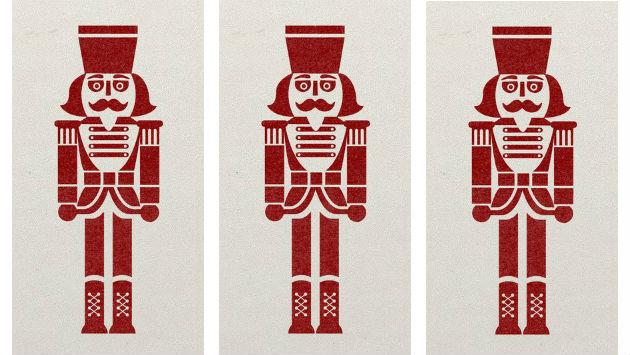 The Nutcracker will be featured on ice at Robert Crown as well as on stage in a play at Mudlark and in a ballet at North Shore Center in Skokie. Piven’s Young People’s Company and Evanston Dance Ensemble also perform this weekend. And it’s the last chance to catch “Twelfth Night” and “Witch” at Writers Theater or “Mansfield Park” at Northlight. Check out the shows on stage in an around Evanston this weekend.

Nutcracker on Ice
“The Nutcracker on Ice” features hundreds of skaters of all ages telling the familiar tale of Clara and her musical holiday adventures. Exquisite costumes, Tchaikovsky’s familiar music, and exciting special effects bring the characters to life, making this the perfect family show to spread the holiday spirit.
At Robert Crown Community Center, 1701 Main St., Dec. 14-16, tickets $8-10.

The Nutcracker
Marie isn’t like other children. While her peers have outgrown their dolls and stuffed animals, she still believes her toys are alive, and it’s causing tension with her family. But one Christmas Eve, a series of strange gifts send Marie on an adventure that proves all her suspicions—and places her at the center of a struggle for the future of Toy Land, and the safety of her friends and family.
At Mudlark Theater, 927 Noyes St., runs through Dec. 22, tickets $11-14

I Am My Story
Piven Theatre Workshop’s Young People’s Company comprises sophomore, junior, and senior-aged students who have studied at Piven Theatre Workshop and have advanced to the highest level within the youth programs. Performers work together as an ensemble to adapt new and historic literary works in the tradition of story theatre.
At Piven Theater, 927 Noyes St., Dec. 12-16, tickets $15

Evanston Dance Ensemble: Moving On
What do a ballroom, a deep breath and a planet have in common?  Seemingly nothing, unless you are the Evanston Dance Ensemble, which has taken the concept of Moving On to new places: transitions. . . experiences. . . endings and new beginnings.
At Studio5, 1934-38 Dempster St., Dec. 14-16, tickets $12-20

The Full Monty
Based on the cult hit film of the same name, a group of unemployed steel workers from Buffalo come up with a bold and unclothed way to make some quick cash.  In preparing, they find themselves extremely exposed… not merely physically but also emotionally.
At Theo Ubique, Howard Street Theatre, 721 Howard St., runs through Jan. 27, tickets $25-50

Witch
Mischief is afoot in the sleepy village of Edmonton and the fate of the world is at stake in this smart modern fable. When the emotionally conflicted son of the local lord and an ambitious newcomer come into conflict, help presents itself to both of them in the same guise—as the Devil himself. But while these two young men take advantage of the Devil’s bargain to accomplish their own questionable ends, someone else in town stands her ground—Elizabeth, an outcast whom everyone believes to be a witch.For ages 14 and up.
Writers Theatre, 325 Tudor Court, Glencoe, runs through Dec. 16, tickets $50