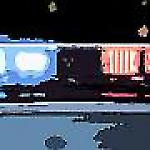 In addition, two peole were arrested for driving under the influence and two for possession of marijuana.

The seasonal holiday traffic enforcement campaign is part of grant-funded statewide effort to reduce roadway fatalities by cracking down on unbuckled motorists and impaired drivers.