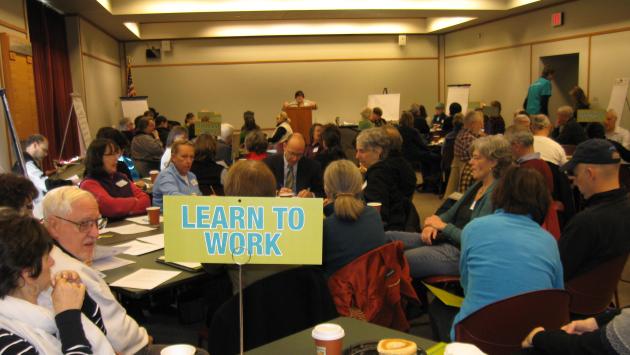 “We have no way to know how many Evanstonians will show up for our workshop on Saturday,” said an Evanston150 steering committee member on Friday, “but we’ll be prepared to handle 100, if necessary."

Actually, some 120 persons packed the community room at the Evanston Public Library Saturday to volunteer to help make the citizens group’s ideas begin the long trek from thought to reality.

The room was set up with 10 tables with 10 chairs each, representing each of the 10 Big Ideas the group had vowed to implement by 2013, when Evanston is due to celebrate its 150th anniversary.  Library staff quickly brought in additional chairs to accommodate all participants.

Northwestern University professor Paul Arntson, who consults with community groups throughout the world, teamed up with Judy Hertz, executive director of the Midwest Academy, to help the 10 volunteer groups get off to a productive start. 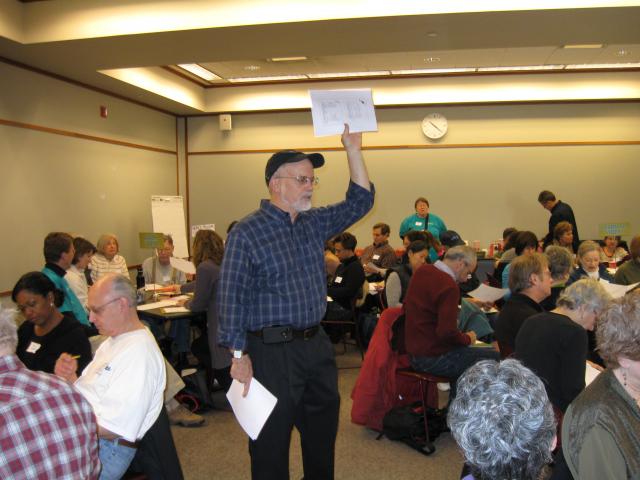 Arntson reported to the gathering that a client of his in another suburb referred to Evanston as that place where they do a lot of talking, but never accomplish anything. The groans that greeted that statement were evidence that his audience was determined that they would be different.

He engaged the volunteers in an exercise designed to enable them to share with their fellow volunteers their interpretations of their mission as well as the talents and skills they could bring to bear on helping to achieve those objectives. 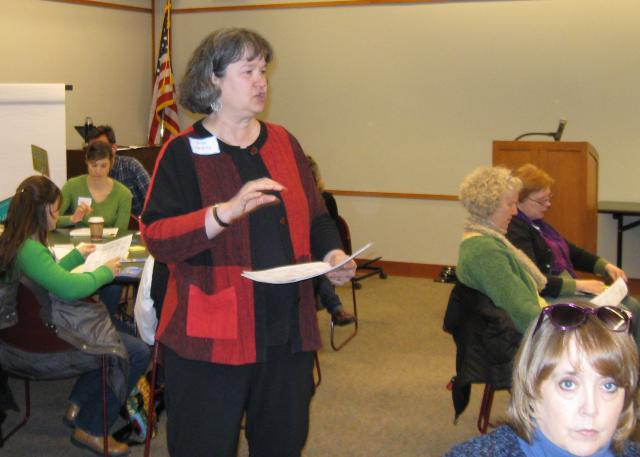 Hertz provided the groups with a strategy for articulating their goals and identifying the barriers they might face as well as the resources that might help them advance their goals.

Throughout the morning, the volunteers were advised that once their deliberations got under way that they could alter the description of the ideas if their research indicated that a change was warranted. 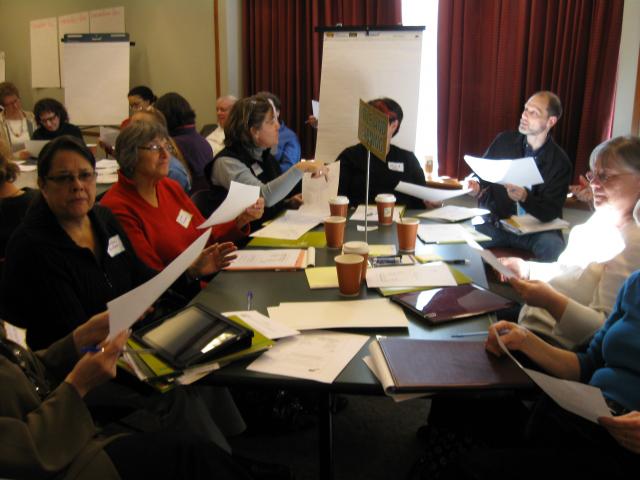 This group is seeking high-quality affordable universal preschools for toddlers

By 12:30 p.m., the volunteers had received sufficient stimulation to take their lists of fellow volunteers and to go forward to make these ideas actually happen.