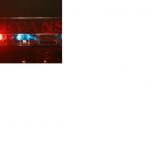 Evanston firefighters responded early this morning to a house fire at 2111 Emerson St.

Fire Chief Greg Klaiber says the fire was reported at 1:45 a.m. and that firefighters managed to confine the blaze to the living and dining room area of the first floor apartment where it started.

Klaiber says no one was injured in the fire at the three unit building, but residents will be temporarily displaced because of smoke and water damage and that the Red Cross was notified to help them relocate.

Update: 10:30 a.m.: Klaiber now says that one resident of the unit where the fire broke out was transported to Evanston Hospital shortly after 3 a.m. for evaluation because of smoke inhalation. The cause of the fire is under investigation.