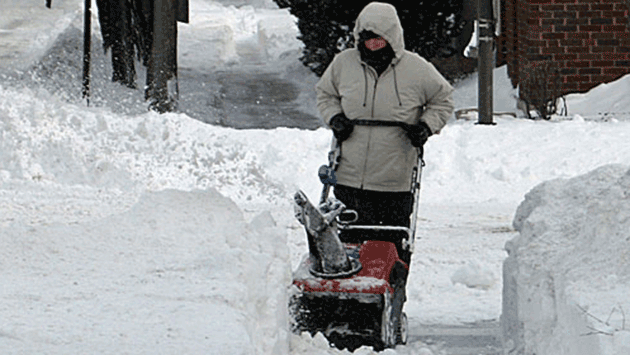 Evanston Now has received email messages from two local residents this week asking us to "remind" readers that overnight snow blower use is banned under city ordinance. Trouble is, there isn't any such ban.

It does generally ban "any loud, unnecessary or unusual noise" at any time. But then the code also imposes an obligation on residents to clear the public sidewalk in front of their home of snow, which arguably makes the snowblower noise "necessary."

The code also bans engine exhaust noise, unless the engine has a muffler — which snow blowers generally do have.

Time restrictions apply to construction noise — that's limited to between 7 a.m. and 9 p.m. on weekdays and 8 a.m. to 5 p.m. on Saturdays. But blowing snow isn't construction work.

And, of course, there is Evanston's famously little-enforced ban on leaf blowers — which restricts their use by time of day and season of the year.

Bobkiewicz says anyone aggrieved by late-night snow-blowing could call the city to complain under the general provision against "any loud, unnecessary or unusual noise." and that police would respond to try to assess whether a violation had actually occurred.

He said he wasn't aware of any citations being issued for snow blower use.