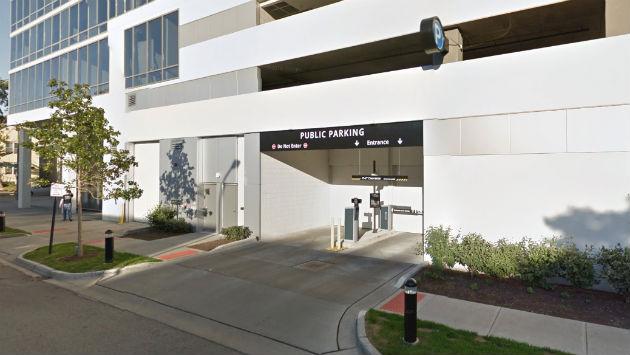 Evanston aldermen tonight are scheduled to consider letting owners of the E2 apartment complex rent out some of the spaces in their garage to the public, because it’s now only half full.

The two-tower 353-unit development at 1890 Maple Ave. and 1881 Oak Ave. would have been required to have 485 parking spaces under the city’s zoning code, but in negotiating approval of the planned development that was reduced to 353 — or one space for each unit.

Now it turns out, according to a traffic study, that peak occupancy in the garage is just 163 cars — or 46 percent of capacity. At the time the study was conducted in January, 94 percent of the development’s apartments were occupied.

So the developer is seeking city approval to rent to the public one-quarter of the spaces in the garage — 88 spaces in all. 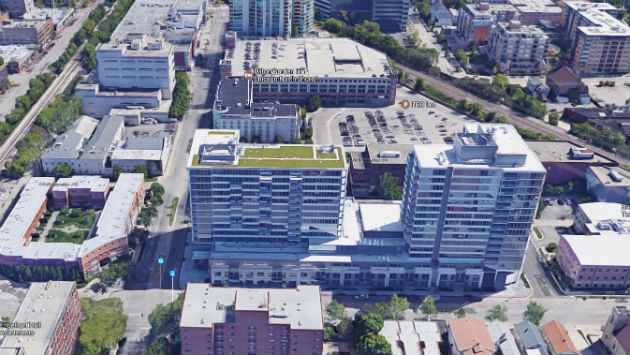 The development is just over two blocks from the Davis street Metra and CTA stations.

On-street parking is restricted around the development, but the city’s Maple Avenue garage is about a block away, which offers monthly parking options for a lower price than charged for E2’s garage. E2 now charges $195 a month for an assigned parking space and $145 for an unassigned space.

Two Northwestern University parking lots are nearby that are not checked for permits overnight.

And many of the development’s tenants are NU students who can walk to campus.

The building owners have agreed to contribute $5,000 to the city’s Divvy bike program in return for receiving approval to rent out the parking spaces.

And under the terms of the agreement the city would be able to require that the number of parking spaces available for daily rental be reduced if the number of tenants in the building with cars increases.