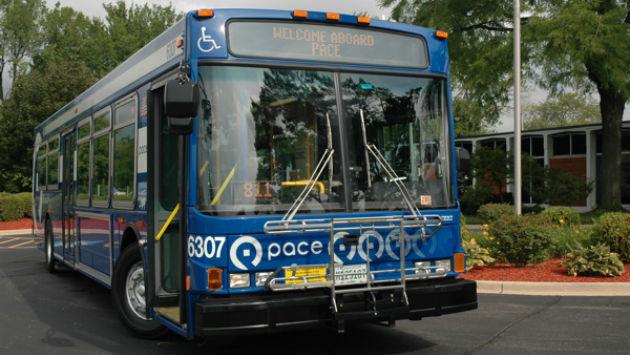 The suburban bus service Pace anounced a few minutes ago that in the interest of public safety, it will stop operating all its service by 6:30 p.m. today and until further notice.

The announcement from spokesperson Maggie Daly Skogsbakken said all passengers currently riding would be taken to their stop.

ADA Paratransit passengers who are currently away from home are being contacted to make arrangements for transport home. Skogsbakken said ADA Paratransit riders who have not been contacted and need a ride home should call 1-800 606-1282, option 1.

The Chicago Transit Authority also has announced that service will be suspended at 6:30 p.m. on all its bus and rail lines at the request of public safety officials. The CTA announcement says service is expected to resume Monday morning.

Metra has also suspended service on its Union Pacific North Line that runs through Evanston because of the restrictions the City of Chicago has imposed on access to the Loop and the 9 p.m. curfew.

Update 6:10 a.m. 6/1: Pace announced this morning that it is resuming most service as of 6 a.m. However the following routes will not operate today: