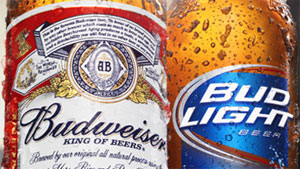 Evanston aldermen Monday agreed to redraft a proposed change to the liquor code to avoid interfering with sales practices of some major beer retailers in town.

For reasons not specified in a staff memo and never explained at the City Council meeting, the Liquor Control Review Board decided in a meeting last November to recommend a ban on the bundling of individual beer bottles into sets for sale, other than as part of the distributor's original packaging.

That brought a complaint from Jeff Hill of World Market stores, who said it would appear to make illegal the store's practice of offering customers the option of mix-and-matching bottles of craft beer from various suppliers into their own custom six pack.

Alderman Judy Fiske, 1st Ward, responded that there were good reasons for such a ban, but said she didn't want to discuss it at the meeting.

In other communities politicians have claimed that single-item beer sales lead to loitering, criminal activity and littering.

Ultimately the aldermen voted to have the city attorney redraft the ordinance to permit sales of six packs, whether or not they are in the original packaging.

The revised ordinance is scheduled to be voted on Jan. 23.