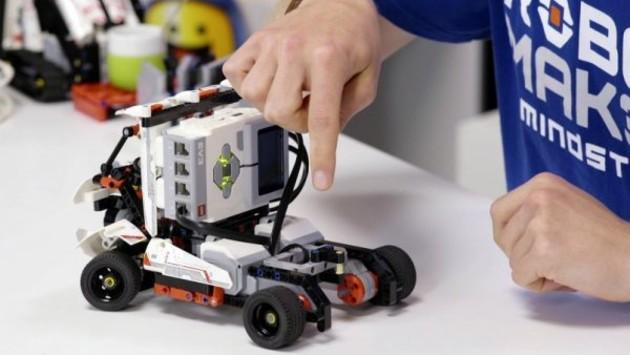 With kids itching to get out of the house and parents hungry for a reprieve from 24/7 responsibilities, recreational opportunities are looking more and more appealing by the day.

And although the risk of COVID-19 remains, Evanston families will have some options for in-person summer camps come late June and July.

“Some families, very rightly so, are choosing to stay home and saying, ‘We’re definitely not ready to come back.’” said Christena Gunther, the director of education at Evanston Art Center. “Other families are like, ‘I am very excited for my kid to be attending camp, either because I need a break or because they really need to be doing something in person.’”

But as with every aspect of life in the pandemic, administrators caution that camp this summer is going to look very different from previous years.

Programs are relying heavily on state guidelines from Phase 3 of the Restore Illinois plan, which lay out a variety of requirements and recommendations for safe recreational activities.

The state’s mandate to keep participants in separate groups of ten or fewer is forcing many programs to rethink the structure of their courses.

“We have had to make adjustments with those, knowing that now we need to have these pods of ten who will do their activities together, have lunch together, be at camp together,” said Elizabeth Latimer, the director of enrollment at Roycemore School. “So it’s not a big mixed group anymore. It needs to be these designated pods.”

Keeping groups separate means being more careful about the logistics around instances like entrance, exit, and lunchtimes, Latimer said. Roycemore, which is offering its Camp Griffin and Inspiration Factory camps, will ask campers to enter through the same door each day. Lunch will take place in individual classrooms instead of the cafeteria, and campers will receive bag lunches instead of hot meals as usual.

EAC has expanded its camps’ age ranges so that siblings are able to participate in the same group, reducing their exposure, Gunther said.

The guidelines encourage groups to remain static, “with no mixing of employees or participants,” which is why EAC will assign a dedicated teaching assistant to each group instead of using floaters.

The guidelines also encourage “emphasiz[ing] outdoor, socially distant activities as much as possible.”

The City of Evanston’s camps, which now begin July 6, will take place outside for most of the time, according to Lawrence Hemingway, the City’s director of parks, recreation and community services.

Ecology camps are among the City of Evanston’s summer offerings.

But preparing for inclement weather means assigning each group a designated indoor space separate from every other one. That raises its own challenges.

“We will consider, if they’re indoors, how they pass in the hall,” Hemingway said. “Everybody’s going to do that on a scheduled basis so that groups are not being cross-contaminated or cross-exposed.”

Camps that take place primarily indoors will also be looking for more opportunities to take their kids outside.

Though the risk of COVID-19 transmission is lower outside, counselors will still need to adjust their plans to promote social distancing.

“We’re doing our best to strategize and put together a list of socially-distant-type activities and games where we can spread the kids out and they can participate and have fun,” Hemingway said.

When camps are inside, though, the safety measures will become more pronounced.

Counselors and campers will need to mask up, Gunther said, which may pose a challenge for some. She advised parents to start acclimating their kids now.

“When I talk with [families], the thing that I’m most concerned about at first is just making sure that their child is prepared to wear the face mask, because certainly for the younger kids especially, I think that’s going to be really hard,” she said. “The parents I’ve talked to with younger kids have said, ‘I’ve had a conversation with my child,’ or ‘We’ve been practicing going for a walk for face masks and they’re comfortable with it.’”

Staff or parents will also take campers’ temperatures every day to check that they don’t have a fever. Campers and counselors will remain at least six feet apart in their classrooms.

Supplies are another area where it’s necessary to prevent cross-exposure. At EAC, where using art supplies are a large part of classes, counselors will take more care than usual to make sure they stay separated by camper.

“Normally everyone’s hands are touching different things as we create different projects and share supplies. Certainly that won’t be happening this summer,” Gunther said. “We’re coming up with a plan to make sure that each kid has assigned supplies for the weeks that they’re in camp and to put them in sealed plastic bags … it’ll be labeled with their name, and when camp is over for the day, nobody will touch it.”

For some families, the risk of exposure to COVID-19 doesn’t outweigh the benefits of in-person programs. That’s why some organizations, like Ridgeville Park District in south Evanston, The Musical Offering and Mudlark Theater, are putting their camps completely online. Roycemore and EAC also have virtual offerings.

But in-person camps are taking steps to ensure they’re as safe as possible.

“We’re trying to limit any potential exposure that may take place,” Hemingway said. “But if there is an unfortunate exposure, we have a communication plan and a strategy that the city will be communicating directly with the families that are registered.”

Even if the new measures might require more patience than usual, Latimer said, the summer camp experience won’t be any less worthwhile.

“Your kids are going to be able to interact with other children, which is face to face and in person, which is a hard thing to do right now. They’re going to get that socialization in there. We’re going to be paying close attention to their social and emotional needs and experiences and try to put a little fun back into what everyone’s experiencing,” she said. “But we can do it in a safe way.”