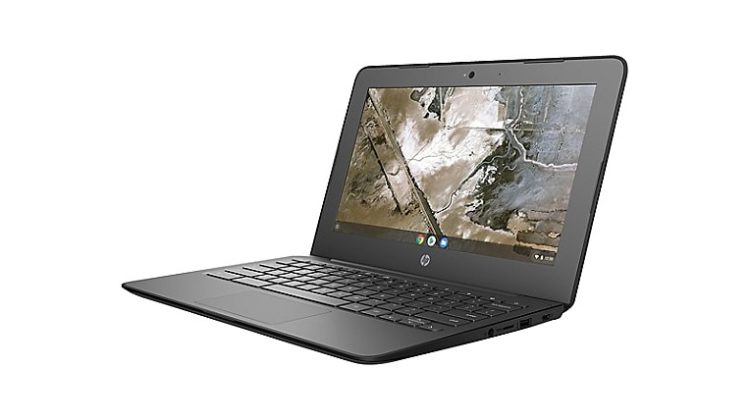 Experts say there is an unexpected positive impact of the coronavirus pandemic, at least in Evanston, on the digital divide. Because both school districts, 202 and 65, are now on remote learning, more school children than ever before have computers.

“Now, every K-12 student has a device,” says Luke Stowe, information technology manager for the City of Evanston. But there is a downside, Stowe adds, “the nature of the usage.”

The term “digital divide” refers to the gap between wealthy and middle class families, and lower income families, for both computer ownership and access to the internet.

District 202, the high school, has been giving Chromebooks to freshmen for several years, which each student can keep through and after graduation.

But District 65, the elementary and middle schools, had, until this year, only handed out devices to middle schoolers. However, with the entire district on remote learning until at least November 16, the district made sure that all of the 7,000-plus students, K through eight, were given computers.

Plus, Stowe points out, “there may be two parents at home” who are either working remotely themselves or perhaps have lost their jobs due to the pandemic, along with two or three children in the same household. Then, Stowe says, the problem is bandwidth. Too much demand with too little ability to meet it.

That lack, Stowe says, can create a “homework gap.” If there are limits on speed or bandwidth, it exacerbates” the digital divide. And as is so often the case, the problem hits hardest for those on the bottom of the economic ladder.

In 2016, the Evanston Public Library did a citywide survey about the digital divide, finding about 14% of those surveyed lacked access to high speed internet. But the numbers varied by neighborhood, and by the socio-economic status of those neighborhoods.

The survey discovered that 20% of households in the 5th Ward lacked broadband access, but it was only 3% in the 6th Ward. While the percentage lacking access in lower income areas has probably decreased since 2016, the divide is still very real.

To increase access, District 65 has acquired 150 “hotspots,” for distribution to residents. The Library also has hotspots which can be borrowed.

But while Evanston students are supposed to now have computers, there is another group impacted by the digital divide, senior citizens. \Sometimes uncomfortable with technology, many seniors may be afraid to even pursue the technological skills they need for not only the 21st century, but also for the COVID era.

There are also other Evanstonians hit hard by the divide, those who do not speak English. According to the Library’s website, the State of Illinois began an online application for emergency rental assistance due to the pandemic. “However,” the library article goes on to say, “the digital literacy barrier posed a problem for many vulnerable households, especially families who spoke English as a second language or not at all.”

The Robert Crown branch of the library, working with a the nonprofit group Evanston Latinos, helped applicants navigate the online process.

While help with applications, or even distributing “hotspots” are critical, they are short term solutions.

“Then,” Stowe says, “what are the medium and long term plans beyond even hotspots?”

The problem, of course, is money, and the pandemic has hit everyone hard. “The City has financial constraints,” Stowe notes, as do the school districts.

His hope is that a solution can be found. It could include funding from nonprofits or philanthropists, as well as money from the city and the schools. Perhaps the city and the districts can negotiate a lower service price from providers, so high speed internet is not high cost for those who do not have the means to afford it.

Next week, a working group including representatives from the city, the school districts, and the library will begin trying to craft the answer.

“Things are coming together,” Stowe says, “from all of the stakeholders. We’ve got to do something right now.”

There is an organization which lists resources regarding this issue, including lists of low-cost internet providers. It’s called the National Digital Inclusion Alliance. Of course, you do need a computer and internet access to get there, which kind of illustrates the issue.