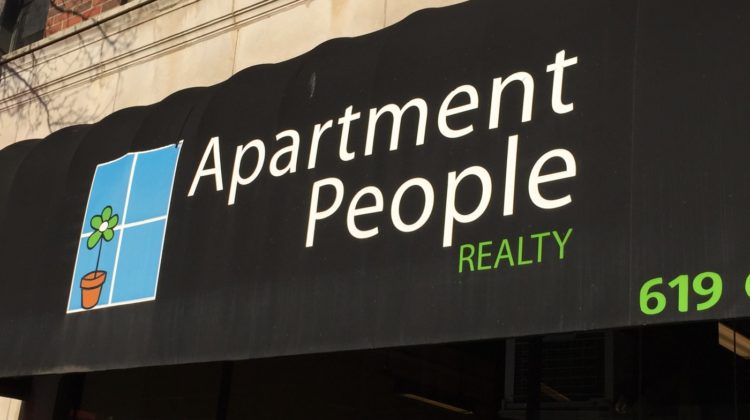 The coronavirus pandemic and a variety of other economic factors are causing Evanston landlords to lower the rent, offer other incentives, or sometimes both.

“This is an especially good time for a tenant to find an apartment” says John Ruckdaeschel, a broker with Apartment People in Evanston, an agency that helps prospective renters find a place to live.

“One month’s free rent is very typical,” Ruckdaeschel says, although bigger breaks are possible as well. He also says rent reduction of 10-12% is another common option.

“There is a surplus of apartments in downtown Evanston and in outlying neighborhoods and a higher number of vacant units,” he says. So landlords are offering deals to help fill those vacancies.

Landlords who “did not get very aggressive on pricing in late summer have significant amounts of vacancies,” Ruckdaeschel notes. He’s aware of one building on Central Street with 20% of its units unfilled.

COVID-19 has impacted the Evanston apartment market in several ways. First of all, many Northwestern students who would have otherwise rented apartments stayed in their hometowns for remote learning in the quarter which just ended. That meant fewer potential renters.

Next quarter, Northwestern is re-opening the dorms to first and second year students, so some of those students who did rent apartments in Evanston will return to campus housing instead.

Pandemic-related uncertainty, whether it’s about school or the fear of unemployment, is also playing a role. Ruckdaeschel says he’s seen an “above average number of people asking for short-term leases,” just in case their life situation changes.

Concern over the virus is actually pushing demand up for one type of rental housing. Ruckdaeschel is seeing more interest in units without lobbies, elevators and common areas where people intersect. Two-flat and four-flat buildings, or coach houses with outdoor space “seem to be doing the best,” he adds, requiring fewer incentives, and moving more quickly off the market.

Record-low interest rates may be hurting the apartment market as well, as some renters decide to buy a house when monthly payments are low. A recent Evanston Now article showed how Evanston is a hot home sale market, and low interest rates are among the reasons why.

Apartment rental prices vary, of course, depending on building type and location. Ruckdaeschel says a 1920s courtyard building might see a two bedroom unit go for $1,300 to $1,400 per month, heat included. Pricier units, particularly in high rises, could go for $3,000 a month or more.

But whatever you may want, chances are you can get a deal, such as no additional fee for your pet.

Often, the deals are way more than just a free place for Fido. Ruckdaeschel says one client of his received three months’ free rent, a $1,500 credit, and three months free parking at the Avidor, a new high rise for those 55 and older.

“In the 20-plus years I’ve been doing this, I don’t recall incentives at the three month level ever being offered here in Evanston,” he says.