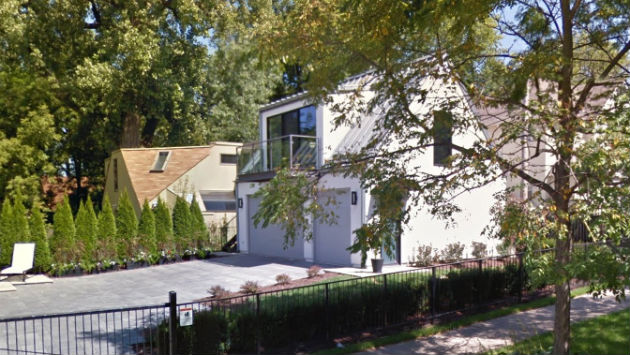 Evanston’s Plan Commission voted Wednesday night to recommend City Council approval of changes to the city’s zoning code that would reduce parking requirements for construction of coach houses in many areas of the city.

But the commission also voted to add a restriction that would severely limit the ability to place a coach house behind a ranch-style or other single-story home.

Current zoning requires parking for three cars at a single-family home with a coach house. That makes it impossible to add a coach house over a garage on most lots less than about 35 feet wide.

It also sharply restricts the ability to fit a ground-level coach house, desirable for seniors who wish to age in place, on most lots in the city.

City staff had proposed reducing the total parking requirement to two spaces for properties that are either in the city’s designated transit oriented development districts along rail lines or are within 1,000 feet of a CTA or Pace bus stop or a train station — on the theory that people with good access to mass transit would need fewer cars.

On a motion by Commissioner Terri Dubin, the commission voted to increase that permitted distance limit to 1,500 feet.

With that change, only homes within narrow strips of land, notably along the lakefront and in west and northwest Evanston, would still be required to have a third parking space to add a coach house.

It’s unclear to what extent those areas currently suffer from a lack of available on-street parking.

The commission also approved a change that would allow a single coach house to be constructed behind a two-flat or apartment building or townhomes on a lot. Currently coach houses are only permitted behind single-family homes.

A staff memo said the city has nearly 2,100 such structures and more than 800 could accommodate an accessory dwelling unit with at least 600 square feet of living space. Most of the affected properties, the memo says, are located in the 2nd, 5th and 9th wards.

Library Board member Ben Schapiro asked for relief from existing restrictions on the height of coach houses. He owns a two flat at 1127 Dewey Ave.

He said he hopes to build a coach house behind it that he would move into to age-in-place while renting out the other units.

But he said the height restrictions would greatly constrain the usability of the coach house he could build.

Current zoning limits the height of coach houses to 28 feet in historic districts and 20 feet elsewhere in the city.

The distinction is based on the aesthetic theory that an accessory building like a coach house should be shorter than the primary structure on a lot, and on a conclusion that houses in historic districts tend to be taller than those elsewhere.

Commissioner Peter Isaac said he was concerned that in a neighborhood of ranch houses a two-story coach house added behind one of the homes would look out of place.

Dick Co, president of the Evanston Development Cooperative said such a limit appeared to be inequitable and would lock out ranch home owners from having a coach house.

Commission Chair Colby Lewis said he didn’t know whether it was bad or not to have a two-story accessory dwelling unit popping up in back of such homes, but he joined with the commission majority in voting to limit the height of coach houses outside historic districts to no more than the height of the main house.

Commissioner John Hewko cast the only vote against Issac’s amendment.

Joan Safford, of 1618 Wesley Ave., objected to allowing coach houses as a permitted use, as is the case now and would be in even more areas with the proposed changes.

She suggested that would-be coach house owners should have to go through the city’s special use approval process. That, she said would give “an opportunity for neighbors to be heard.”

But Lewis said special use review “is a long and cumbersome process” that would discourage the construction of coach houses. The commission took no action on that idea.