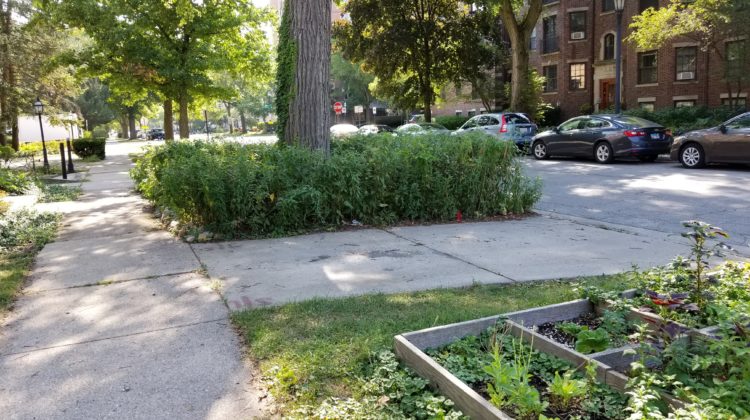 A driveway across a parkway on Grove Street that might legally hold a car under the proposed change.

The change would be limited to cars that can fit on the parkway while leaving one foot clear at the sidewalk and the street. Given the relatively narrow width of many Evanston parkways, that would limit the number of residents who could benefit from the change.

Interim Parking Division Manager Michael Rivera said some residents who own larger vehicles, like a Chevy Suburban, might be out of luck under the new plan.

Rivera said several aldermen have inquired about making the change, suggesting that it would help reduce on-street parking congestion.

The change would leave prohibitions on parking on unpaved parkways in place.

The proposal will now go to the City Council for action.