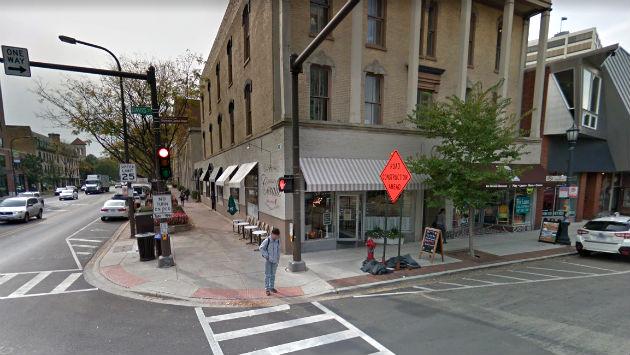 Evanston’s Transportation and Parking Committee on a split vote Wednesday evening approved a plan to let city staff determine where to locate loading zones downtown without requiring City Council approval for each one.

Parking Division Manager Jill Velan said she’s received an increasing number of requests from downtown merchants for loading zones — including ones from Cafe Coralie at the corner of Chicago Avenue and Davis Street and from Gather, the children’s play space right next door.

Velan says she hopes to set up a system under which a shared loading zone for all stores on a block would be established at one end of the block and perhaps a set of loading zones would be designated throughout the downtown area.

Velan says the city is seeing an increase in demand for loading zone spaces as a result of a shift to online shopping and online food delivery services as well as sevices like Uber and Lyft.

She voiced the hope that it would reduce double parking by delivery vehicles, a problem that’s especially common on that block of Davis Street.

But Alderman Cicely Fleming, 9th Ward, said people would be likely to think of the new loading zones as parking spaces and “run in to shop.”

The city code defines a loading zone as “the space adjacent to a curb reserved for the exclusive use of vehicles during the loading or unloading of passengers or material.”

Whether running into a shop grab a cup of coffee would constitute “loading material” is left undefined.

The city code now limits passenger pickup and dropoff to three minutes — which committee members concluded is insufficient, especially for parents dropping off children or for people with disabilities — and also impossible to enforce, given current parking enforcement officer staffing levels.

So they agreed to recommend removal of that limit.

The code allows commercial vehicles to take up to a half hour for loading and unloading. That might seem more than sufficient for most deliveries, but the committee didn’t address whether to change that rule.