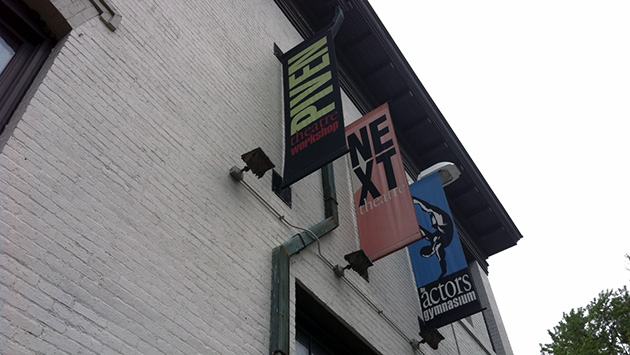 Evanston's Human Services Committee voted unanimously at a packed meeting Monday night to send Piven Theatre Workshop's request for a $2.2 million loan to renovate and expand its space at the Noyes Cultural Arts Center to the full City Council.

The decision seemed a foregone conclusion after the committee chairman, Alderman Peter Braithwaite, 2nd Ward, said as the session began, “In honest reality it will go before the larger City Council,” a statement that prompted complaints from several members of the audience.

Some changes were made to the plan since the committee put it on hold last month, including Piven’s decision to occupy part of the basement to reduce its footprint on the upper floors, but it appeared that move would not increase the total space available to other groups.

Opponents repeated concerns raised at previous meetings — doubts about Piven's ability to fund the expansion and the displacement of other artists and arts groups from the building.

Michael Montenegro, founder and director of Theatre Zarko at Noyes, called the expansion proposal, “a bold example of a privatization of a public asset.”

“You have no right" to hand Noyes to a private entity, he added.

Some critics said Piven couldn't meet targets for having the expanded theater in use 200 nights a year when it only stages about 27 performances a year now. But theater co-founder Joyce Piven said, “Don’t ever tell me we are not a theater just because our reach is far different.”

Susan Tillett, executive director of The Ragdale Foundation, said her arts group expanded in a similar fashion to what Piven is proposing to do and that the process was economically feasible. She added that Piven’s executive director, Leslie Brown, was working for her during Ragdale's expansion.

Tracey Samlow, former president of Piven, said before the meeting that many of the other artists in NCAC do not draw many to the center and use the building mainly as an office space. “What’s the point of the Center – to have a Mecca for the arts or to be an office space?” she asked.

The Piven plan also drew support at the meeting from Mayor Elizabeth Tisdahl, who said, "we have more artists than we have room for, and that's a great problem to have."

And Alderman Jane Grover, 7th Ward, noted that at the end of the proposed 50-year Piven lease, the city would still own the Noyes center. and said that if Piven couldn’t show the City Council it had raised $355,000 in up-front money for the project, the expansion would not occur.

Alluding to the possibility that Piven might move to Chicago if the expansion isn't approved, Grover said, “Are we ready to let Piven go if we aren’t willing to accommodate its needs?”