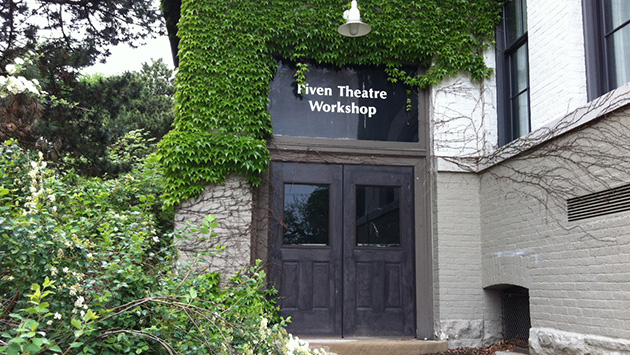 The dispute between the Piven Theatre Workshop and other tenants at Evanston's Noyes Cultural Arts Center will take the stage again this evening at Evanston’s Human Services Committee meeting.

Piven hopes to renovate and expand its space in the center at  927 Noyes St. at a cost of more than $3 million, including a proposed $2.2 million loan from the city.

Piven says the project will save a facility in desperate need of repair. But many artists who call Noyes home are worried they’ll be crowded out.  Many are also concerned the improvements Piven supporters claim will come with expansion will not be worth the investment.

“Who will fill these 200 seats every night? Piven? Renters?” Greg Allen wrote to city council for last month’s Human Services meeting. “Give them workshop space, not a theater which will displace artists.”

But Bonnie Wilson, a Realtor and former Piven board member said taking classes at Piven "is about learning to work together with others in our community,” adding that it's part of the city's "rich cultural history" that makes Evanston attractive for home buyers.

Piven has taught North Shore residents for decades, and boasts several successful alumni, including Joan and John Cusack. Chris Jones, theater critic for The Chicago Tribune, wrote that the Piven family has long felt they haven’t received the respect they deserved and that, “Joyce and Byrne Piven always saw themselves as arts-makers as well as teachers, even if some of their peers resisted that.”

The Human Services Committee last month postponed action on the Piven proposal to seek answers to dozens of questions raised about it.

If they're happy with the answers they get tonight, the proposal will go on to the full City Council for action later this month.

The committee meeting will be held at 7:30 p.m. at the Civic Center.