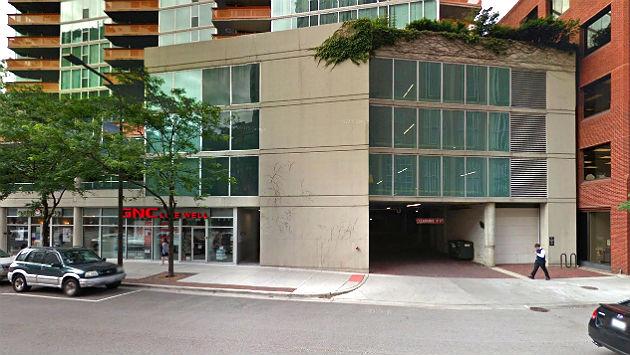 Evanston's Transportation and Parking Committee this week is scheduled to review a proposal from city staff that would dramatically reduce the amount of parking required for new residential developments in areas near transit stations.

The proposal would require just one parking space per unit regardless of unit size — compared to a range now of 1.25 to 2 spaces per unit, depending on the number of bedrooms in the unit.

The proposal is based on results of a grant-funded study from the Center for Neighborhood Technologies, Sam Schwartz Engineering and Duncan Associates, which concluded that car ownership and usage is declining in Evanston's transit-oriented development areas, in line with national trends.

The study says transit-oriented development lowers the cost of living by helping households get by with fewer cars. It says that the average Evanston household owns 1.36 cars, but in downtown Evanston that drops to 1.15 cars — which saves downtown households an average of $1.210 per year.

It also claims that reduced parking requirements can increase local tax revenue by increasing the number of dwelling units permitted on a site.

And it says that sales prices for property near transit declined less than average during the recent recession. 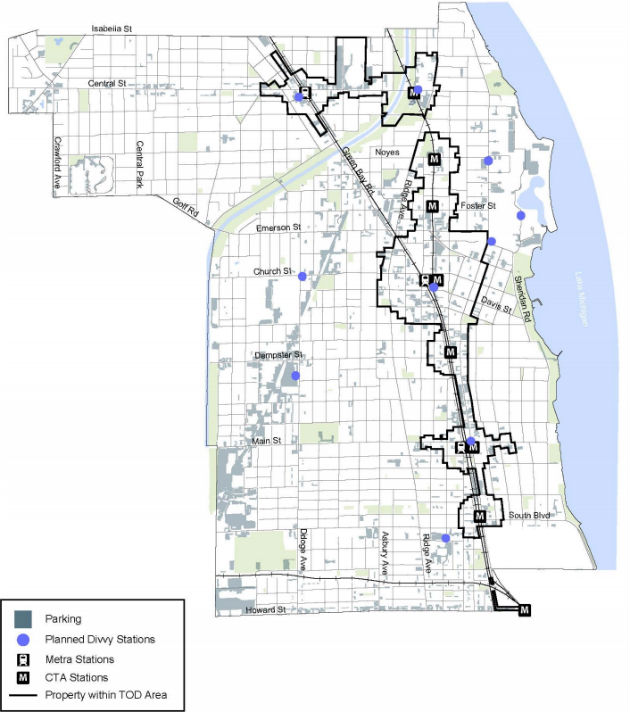 A map outlining the transit-oriented development areas that would be affected by the rule change.

The Transportation and Parking Committee meeting is scheduled for 6 p.m. Wednesday in Room 2404 at the Civic Center.