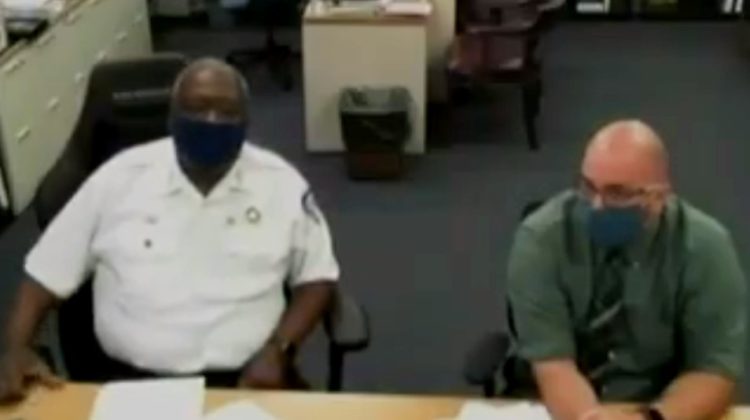 Evanston’s Human Services Committee Monday night began to look at ways some emergency response tasks might be shifted away from the city’s police department.

Fire Chief Brian Scott said that to establish a program sending social workers and health care professionals to respond to people having mental health and similar emergencies, like the Cahoots program in Eugene, Oregon, that’s drawn favorable national attention recently, would require at least nine additional people to be able to operate 24 hours a day, seven days a week.

Scott said Evanston has a much smaller scale version of a program trying to address those issues now through its ECHO, or Evanston Community Health Outreach, program operated by the Fire Department and St. Francis Hospital.

The existing program has also appealed to the hospital for its potential to reduce “frequent flyer” visits to the emergency room.

Scott said both the police and fire departments see a high number of calls now that deal with mental health issues and would like to be able to deal with them more efficiently.

Police Chief Demitrous Cook told aldermen on the committee that he’s working “to give the public what you all think is best for the city.”

“If we can do that in a more efficient way with partnerships with other agencies, I like that,” the chief said, adding, “Public money needs to be utilized in the most efficient manner possible.”

The Cahoots program, he said, “is worth looking at.”

Assistant Communications Coordinator Chris Voss provided a breakdown to aldermen of police calls for service in each of their wards.

He said that overall nearly 15,000 calls were dispatched through the 911 system for police last year as well as more than 10,000 calls for fire and EMS responses.

Cook said 89 of the department’s 148 sworn officers have now had crisis intervention training.

Deputy Chief Jody Wright said that in his experience social workers responding to crisis situations often want to have police officers respond as well, because such a situation can turn violent “in the snap of a finger.”

Committee members scheduled further meetings for Aug. 17, 24, 31 and Sept. 9 in an effort to come up with specific proposals for reform that could be built into the city’s budget for next year. The budget review typically starts in early October.