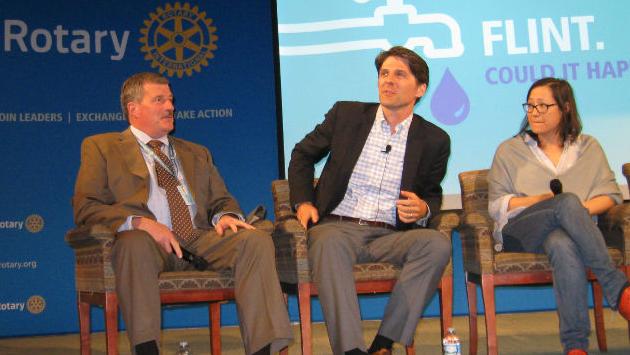 If you leave your house for a few days this summer, when you return to Evanston, run at least eight gallons of water through your system before you drink it or cook with it.

That was one of the suggestions a group of water experts, including the director of Evanston’s Water Division, offered Thursday in a panel discussion at the world headquarters of Rotary International.

Three of the panelists were from Flint, Mich, and had to deal first-hand with one of this country’s greatest water quality disasters when that city switched from using water from Lake Huron, purchased from Detroit, to water from the polluted Flint River two years ago.

Shortly after making the switch, city officials discovered there were high levels of lead in the city’s drinking water, which can be highly toxic to young children and pregnant women, not to mention the rest of us.

As a result, water officials throughout the nation, including Chicago and Evanston, began testing for lead in the water with mixed results, particularly in older city schools. Several schools in Chicago, for example, were found to have levels of lead in their drinking fountains that far exceeded safe levels as determined by the federal Environmental Protection Agency (EPA).

Administrators at both of Evanston’s two public school districts recently tested the water in all of the schools under their jurisdiction and reported that they all tested at levels within the safety zone established by the EPA. 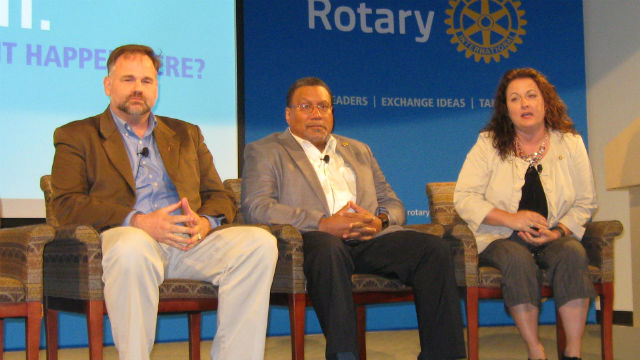 Panelists at the Rotary-sponsored seminar included Dr. Lawrence Reynolds, a Flint pediatrician and member of the Michigan governor's Water Advisory Task Force; Jamie Gaskin, CEO of the United Way of Genesee County, Mich.; Amy Krug, president of the Rotary Club of Flint; Joel Brammeier, president and CEO of the Alliance for the Great Lakes; and Dave Stoneback, director of the City of Evanston’s Water Division.

The panel was moderated by Monica Eng, a reporter for Chicago’s public radio station, WBEZ, who has done extensive coverage of the water quality issue in Chicago.

The panelists agreed that the issue of lead in the water is a complicated one that is dependent upon the pipes and fixtures that water passes through on the way to a faucet near you and is aggravated by water in various parts of the system that may be stagnant.

For most homes built before 1987, they said, there is a good chance that a portion of the pipe system may be lead-based. Stoneback emphasized that the city’s responsibility ends where it feeds into your home’s pipes that typically begin in the parkway outside your home.

He recommended that Evanstonians check out the extensive information contained on the city’s website, which includes a list of independent companies that homeowners can hire to check for lead in your water.

Stoneback insisted that the water coming from the city is well within the EPA limits.

Meanwhile, the City of Flint is still dealing with its water crisis, and the question this country is facing, according to pediatrician Reynolds, is whether “access to clean, safe water is a human right, or is it a commodity?”