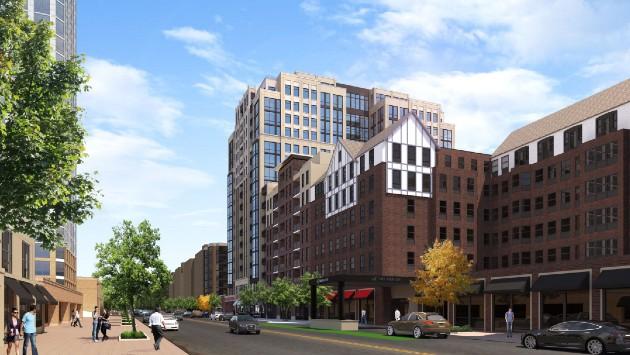 Evanston’s Plan Commission postponed a hearing on the proposed Merion Legacy development at 1621 Chicago Ave. at the request of the developer’s attorney.

Attorney David Meek argued that the online format of the hearing, dictated by the COVID-19 emergency, would deny him the opportunity to confer privately with his client during the meeting and that would inhibit both him and members of the public from fully participating in the session.

Hearing no objection from members of the public who were on the online conferencing system call, the commissioners voted unanimously to postpone the heaaring until the first meeting at which they are  able to gather in person.

What had previously been proposed as a 19-story, 240-unit active adult development has been sliced to a 17-story,  215-unit development in the latest revised plans from Horizon Realty Group, which owns The Merion, the former North Shore Retirement Hotel property just south of the site of the planned new building.