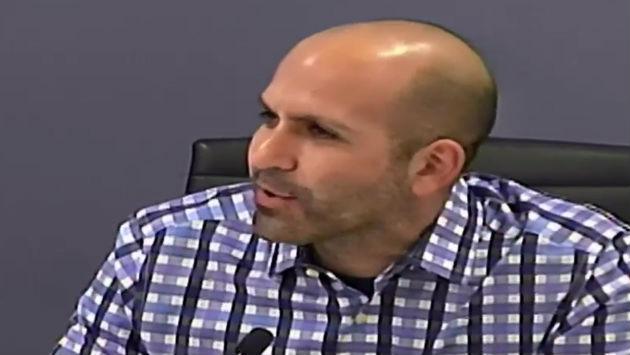 The request came while the commission was debating whether to recommend approval of the 242-unit development at 831 Emerson St.

Commissioner Peter Isaac said some schools, including Dewey Elementary where he’s a parent, are at or near capacity. And the downtown area that’s seeing the most development is in the Dewey attendance zone.

Commissioner Andrew Pigozzi, a former member of the District 65 school board, said that when he was on the board a lot of development was happening in the Lincoln attendance area, and when that it turned out the new developments had “a negligible effect on enrollment” because most residents of the new projects didn’t have school-age children.

Commission Chair Jim Ford said that in other communities, like Glenview, “schools would have been in on the discussion with the village from the beginning” on any large-scale development.

“Talking to the schools early would be a real good idea as a general practice,” Ford said.

Justin Pelej, of Focus Development, which proposed the 831 Emerson project, said similar apartment projects, including the Focus development at 1717 Ridge in Evanston, tend to have very few children as residents — perhaps five to 10 — he said.

Isaac tried to postpone the commission’s vote on the 831 Emerson project to await more information about the impact on schools, but Commissioner Colby Lewis said that that it would be unfair to change the rules now on a project that had been submitted in good faith in compliance with the city’s existing rules.

Isaac’s motion to postpone a vote on the 831 Emerson project failed for lack of a second and the commission approved the plans on a 6-1 vote.

The project still requires approval by the City Council and is expected to be on its agenda next month.