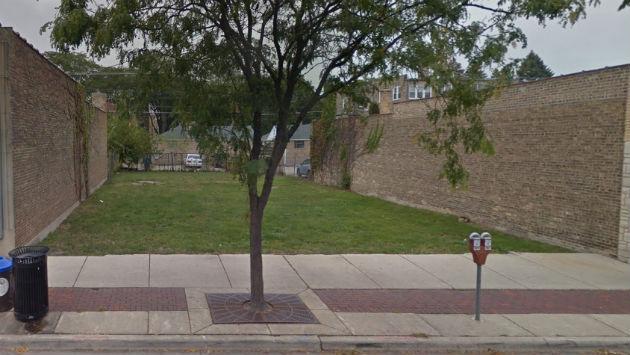 Plans to turn a vacant lot at 717 Howard St. into a parking lot for neighboring businesses were approved by Evanston’s Transportation and Parking Committee this week on a split vote.

The opening of Theo Ubique in the building next door at 721 Howard and the success of other businesses in the immediate area has increased demand for parking, Parking Division Manager Jill Velan told the committee.

But the project didn’t make it into the city’s schedule of parking fund improvements for this year.

That led Alderman Ann Rainey, whose 8th Ward includes the area, to suggest that the project be funded at least in part by the Howard-Ridge Tax Increment Financing District. But there’s not currently enough money in the TIF to cover the cost.

The lot is about 50 feet wide by 100 feet deep. City Engineer Lara Biggs said it could likely hold 12 to 16 spaces and would cost about $250,000 to pave and make other improvements.

Assistant City Manager Erika Storlie said that, with one of the city’s new parking pay stations, the lot could offer some interesting opportunities to experiment with special rates for periods longer than the typical two-hour meter parking limit in the city.

Storlie said the city’s parking fund is currently projected to have a balance of $1.5 million to $2 million by the end of the year, but that she plans to return to the committee in April with revised estimates, once new parking rates scheduled to take effect in March have been in place for a while.

She said the project could be structured so the money would initially come from the parking fund, but with the TIF expected to reimburse the parking fund once it had money available.

Alderman Cicely Fleming, 9th Ward, said she opposed that idea — that it wasn’t clear whether the TIF would actually be able to come up with the money.

“We have lots of capital needs,” Fleming said, adding that she’d sought last year to have a comprehensive study of parking across the city done, but it was scrapped from the budget.

“I’d rather use the parking fund for what the staff has already recommended,” Fleming said.

But Alderman Melissa Wynne, 3rd Ward, said she support the idea of funding the project from the parking fund as long as the TIF ultimately covered the cost.

That motion was approved 4-2, with Fleming and committee member Alex Anon voting no.