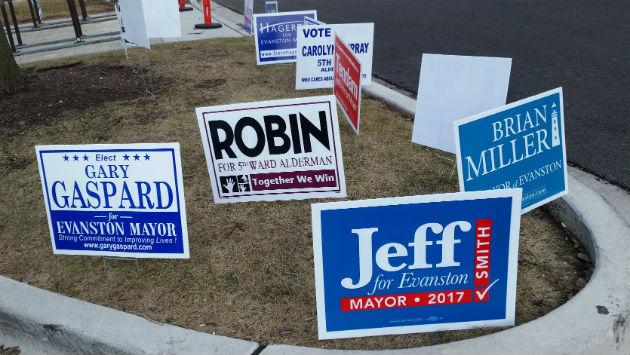 The City Council’s Rules Committee on Monday will consider proposals to modify the process by which Evanstonians will select city officials next year.

One change under consideration would adopt a resolution to clarify that the filing deadline for mayoral candidates is the same as the one for candidates for alderman and city clerk that’s set by state law.

Confusion about the mayoral filing deadline led to much confusion and controversy during the runup to the 2017 city election.

Assuming voters approve a referendum on the March 17 ballot to affirm that Evanston conducts its local elections on a nonpartisan basis, that would mean all candidates would file their nominating petitons in the period between Monday, Nov. 16, and Monday, Nov. 23 — as provided by state law that sets the filing period to run from 99 to 92 days before the date of the primary election.

Under state law, in a nonpartisan city, a primary is only held if more than four people have filed valid nominating papers for an office. Otherwise all the candidates only face the voters in the general election.  If held, the primary would reduce the general election field to the top two candidates.

A 1992 referendum in Evanston changed that rule to require a primary for mayor if more than two people — rather than more than four people — file for the office.

The 1992 referendum also added a provision that in the mayoral primary, if one candidate finished with more than 50 percent of the vote, that candidate would be declared to have been elected mayor and the mayor’s position would not appear on the general election ballot.

But the 1992 referendum did not change the default state rules for the races for alderman or clerk.

Assistant City Attorney Hugh DuBose, in a memo to the committee, says that aldermen could leave rules established by the 1992 referendum unchanged, or could choose to place a referendum on the ballot, presumably no sooner than this November, that would have Evanston go back to the default state system for choosing a mayor.

Or, they could choose to submit a referendum proposal advanced by City Clerk Devon Reid.

Under Reid’s plan primaries would be held for any office that had more than two candidates running. And even if a candidate received more than 50 percent of the primary vote, that candidate would still have to face the second place finisher in the general election.

DuBose notes that having more races go on to the general election would likely mean more voters would get to participate in the decision — since turnouts for general elections are usually larger. But it would also likely increase the cost of conducting what would often be a longer campaign.

Update 3/4/20: The Rules Committee voted Monday night to postpone making any changes to the election process until after results of the March 17 referendum are available. The Rules Committee’s meeting hasn’t been announced, but it typically occurs on the first Monday of most months.