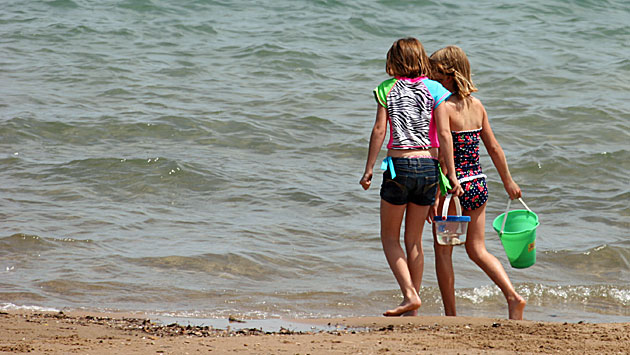 Evanston Democrats will host a panel about a possible "lakefront protection ordinance" Wednesday night, but the party's president won't say what they have in mind.

Democratic Party of Evanston President Brian Miller says he'll only share the ordinance proposal that night, but that its goal is to "protect the public lakefront we have and expand it over time."

The city adopted a lakefront master plan in 2008 that groups opposed to development along the lake frequently cite — including in the ongoing debate over the future of the Harley Clarke mansion and how many special events should be permitted at the lake.

The Southeast Evanston Association last week sent its members a perplexed-sounding message saying they may want to attend the panel "to discover what new possible futures may await the lakefront now." 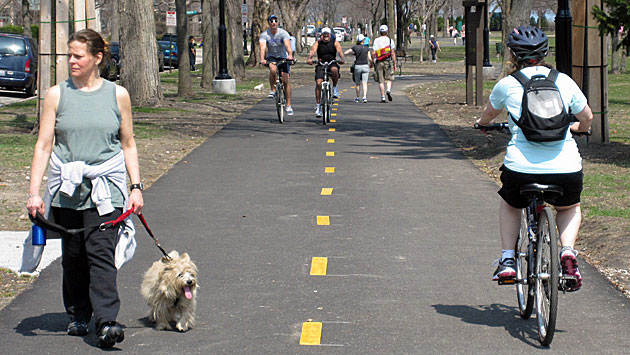 Top: Youngsters walk along the sand at Lighthouse Beach. Above: The bike path in Dawes Park sees heavy use.

Burrus was one of three aldermen on the losing side of a council vote to reject a proposal to redevelop the mansion as a boutique hotel and called the mansion "a liability, not an asset."

Singer said he wasn’t sure why the DPOE is holding the event. He said he is not as politically active as he once was, but that his neighbor, Davis, asked him to join the discussion to provide a small business perspective on the issue.

Discussions about the lakefront’s future have been “a little bit complicated,” Singer said, adding that “there are issues, clearly.”

City Manager Wally Bobkiewicz said he was unaware of the planned panel discussion and that the city already had ordinances in place to protect the lakefront. He added, however, that the city would be interested in hearing whatever comes out of any meeting held on the issue.

For it's part, the SEA said it "works to preserve a lakefront that is more natural than developed, more passive than active, and more focused on a sustainable environment than on attracting crowds and generating revenue."