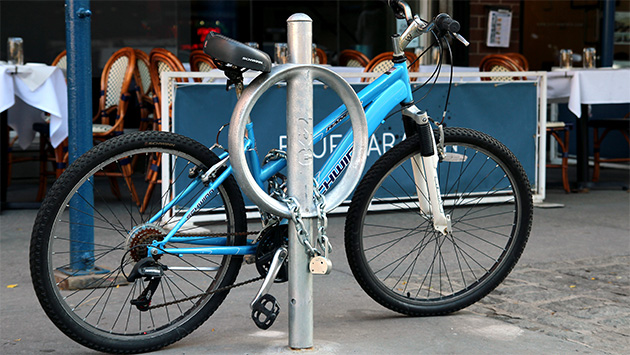 The Transportation and Parking Committee will tackle the charged issue of how to charge for on-street parking in Evanston's business districts Wednesday night.

The Transportation and Parking Committee will tackle the charged issue of how to charge for on-street parking in Evanston's business districts Wednesday night.

Alderman Melissa Wynne, 3rd Ward, who chairs the committee, said a pilot program has shown that pay-and-display boxes don't work everywhere, but do work in a few limited circumstances — and she wants to make sure the right solution is chosen for the right location.

Parking for cars in business districts also seems to also be tied to the question of parking for bicycles.

In some cities that have adopted pay-and-display systems, like New York and Philadelphia, old parking meter posts have been turned into bike racks.

So far in Evanston, where meters have been removed the posts have been taken out as well and replaced with fancy new streetscape furniture including pedestrian lights and bike racks that have both drawn criticism from some residents over their functionality and cost

Rainey said some residents of her ward have complained that bikes fastened perpendicular to the street on the new racks create an obstacle to pedestrian traffic. 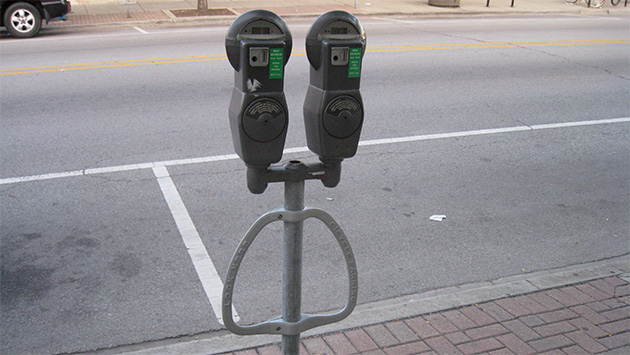 In other towns, like Oak Park, conventional parking meters have been combined with hoop-style bike racks.

But bikes fastened to meters in Evanston that lack the hoops have drawn fire from Fiske and others in the past for supposedly making it hard to use the meters as well as creating sidewalk obstructions — especially when the bikes slide down the meter posts and lie flat on the sidewalk.

The big objection to the pay-and-display boxes has been that drivers have to schlep down the street to pay, and then schlep back to their cars to place the receipt on the car's dash.

And traditional meters, once seen as obstructions on the sidewalk, have gained new favor as technology that lets drivers pay at the meter by credit card has become available.

But in a recent Evanston Now poll, participants split — with 55 percent favoring new meters while 45 percent prefered the pay-and-display system.

Wednesday's meeting is expected to be followed by several public hearings next month.