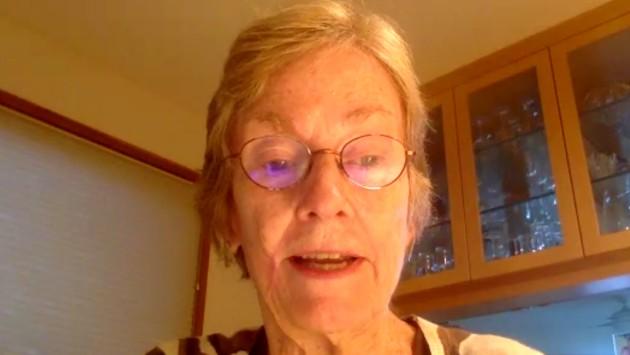 Members of Evanston’s Human Services Committee voted Monday night to recommend that the full City Council allocate $200,000 in next year’s budget to create a pilot program to dispatch social workers and medical personnel to some emergency calls now handled by police.

The committee also voted to recommend creation of a task force to develop specifications for how the program would operate and to help coordinate it with existing resources for residents experiencing issues with homelessness, mental health or drug addiction.

Committee Chair Eleanor Revelle said she’d recently had a phone conversation with Anne Larsen, the outreach services coordinator for the police department in Olympia, Washington, which has such a program.

Revelle said the Crisis Response Unit in Olympia handles a different mix of problems than such a program would likely experience in Evanston. For example, she said, because of Washington’s temperate climate, it has a much greater problem with homeless people sleeping on the doorsteps of downtown businesses than Evanston does.

She said Olympia went through “a very lengthy process of discussion” to develop its solution and residents passed a referendum for a property tax levy to fund the program, which is operated by Recovery Innovations International.

Health and Human Services Director Ike Ogbo told the committee he’d been advised that Interim City Manager Erika Storlie believed the $200,000 proposed funding for the pilot program could be found in next year’s budget, despite the revenue challenges created by the COVID-19 pandemic.

Olympia’s program operates 7 a.m. to 9 p.m. seven days a week and costs over $500,000 a year. Revelle said the first year pilot program in Evanston likely would have shorter operating hours and run only five days a week. But she suggested that if it proved successful in meeting community needs it could be expanded in future years.

Aldermen have been under pressure from some residents concerned about recent police shootings in other communities to sharply cut police funding in Evanston. But, during public comment at Monday’s meeting, those sentiments were countered by other speakers who opposed major police funding cuts.

The proposal is scheduled to be considered by the full City Council at its Sept. 14 meeting.