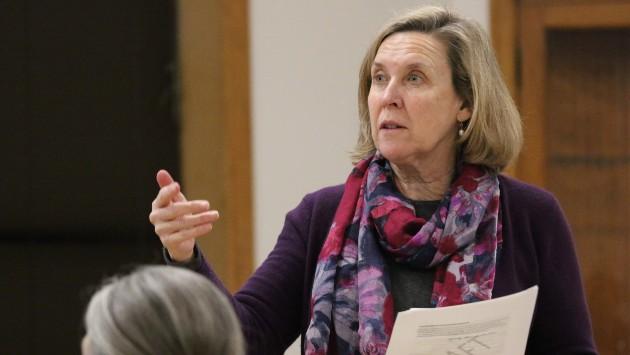 Alderman Melissa Wynne, 3rd Ward, suggested there should be “more recognition of the negative disparate impact on communities” and that “not all neighborhoods received the same attention on environmental issues” in a resolution the Environment Board and the Equity and Empowerment Commission hope to send to City Council for adoption later this year.

But Acting Assistant City Manager Kimberly Richardson said she “was triggered by” wording in an earlier draft of the resolution that made it sound like all people of color live in areas that have environmental issues.

“It made it sound like all our black or Hispanic residents are living in areas that are desperate,” Richardson said.

Former 5th Ward Alderman Delores Holmes argued that there was racial discrimination in that two landfills to the south of her ward were turned into what now are James Park and Robert Crown Park, while a trash transfer station in her ward is still operating.

City efforts to close the transfer station have been blocked because it has a state license that the city lacks the power to overturn.

Alejandra Ibañez of the Equity and Empowerment Commission suggested the resolution should be broadened to call for protection of not just residents but all “stakeholders.”

She also called for more emphasis on how both communities of color and working class communities have been impacted by environmental policy decisions.

City staff promised to rework the language in the draft resolution in time for the groups to vote on the proposal at their next meetings, which, at least in the case of the Equity and Empowerment Commisison, won’t take place until April.

Environmental justice resolution up for debate (2/18/20)